Dave Wassel Vs Bodyboarder, Round 2 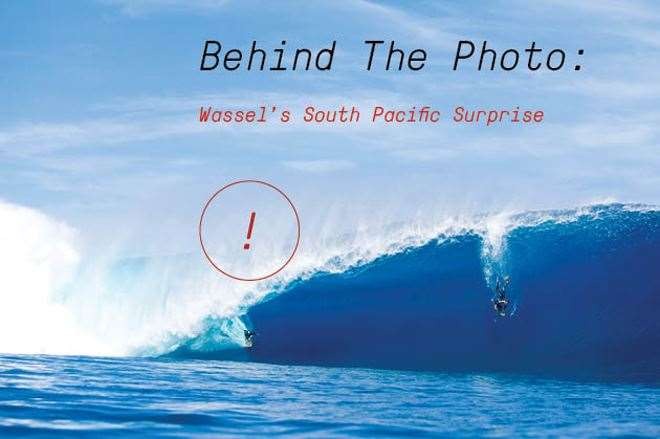 A couple of months Surfing Magazine ran a shot of David Wassel getting dropped in by a lid. It was a perfect 12-foot deep slab that must have been Teahupoo. In fact it wasn’t, just another death defying monster left knows as Sapinas. On the face of the image, It seemed inarguable. One of the world’s premier big wave riders was getting smoked in a position that could easily lead to one, or both, of them dying. The fact the perpetrator was a boogieboarder probably didn’t help matters.

A couple of weeks after that shot was run, Surfing posted a video clip below of Wassel talking about that wave. Now In the clip Wassel is holding two machetes, seemingly caught in a mid tuna filleting session. He is also fairly reasonable, almost joking about the incident. The knives though are a worrying addition. Was it just a coincidence? Was he just gutting some fish and was approached for a chat? Or was it deliberate, a premeditated move to add an extra element of threatening malice?

Behind the Photo: Dave Wassel from SURFING Magazine on Vimeo.

Well the bodyboarder in question, John Duval, and his local crew have posted this clip explaining their side of the story. They saw the video (and the knives) as inflammatory and, worse, not the whole story.  Duval claims Wassel turned up to tow after they had been paddling for hours, and then proceeded to take every bomb set that came through, showing no respect for the line up and the locals. Eventually Duval, in his own words, “had had enough and decided to make a statement.” His statement was to freefall out of the lip into a near death experience.

The ten minute clip below shows Duval’s response, and the rest of his crew weighing in with a thinly veiled fuck off to everyone coming to Tahiti and acting like they own the place. It also features some crazy footage, that ironically will probably only bring more pros acting like they own the place. One of the more serious claims though Duval makes though is that after the wipeout Wassel left him in a dangerous position at sea, and wouldn’t offer jet-ski assistance even though he was without his board and in danger of drowning. Now it might be a ridiculous request to ask a man that you have just almost decapitated with the world’s heaviest drop in, but still no one should ever be refused help at sea. Now who is right and who is wrong is hard to say. The end features an odious slap of out and out localism, which always grates. But as usual with localism, the waters are muddied. Anyway we look forward to Wassel’s response. Take a look and make your own mind up and let us know what you reckon.

FAATURA “John’s side of the story “ from Within Films on Vimeo.

The post Dave Wassel Vs Bodyboarder, Round 2 appeared first on Tracks Magazine.