The Final had the crowd on the black sand beach on their feet as the two surfers battled it out in a flurry of sets, carving and slashing the long rippable right-handers. It was Cathels who stood up and snatched the win, gouging a couple of monster turns and launching into massive lien air to score a 9.63 (out of a possible 10) and shutting the door on Doheny’s Oakley World Pro Junior title hopes. 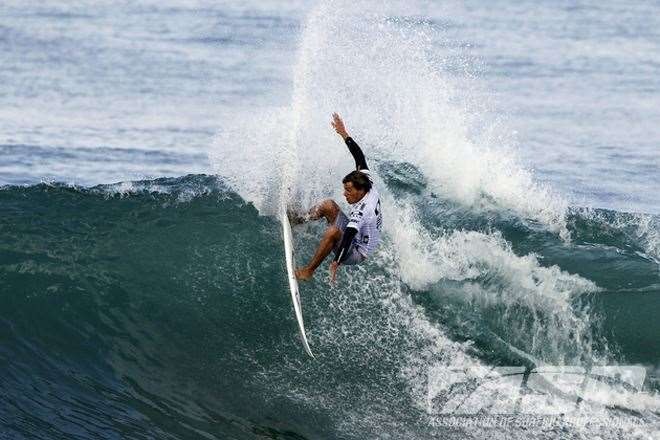 “This is the biggest win of my career!” Cathels said. “I wasn’t feeling much pressure when I was chasing that big score at all. I’m always more nervous watching other people compete than when I’m actually doing it myself. I’ve been having good surfs all week and I knew if I got the right waves I could get the score. I still can’t believe I won, I just tried to do all the little things right all week and get through a few heats and now here I am. I’m so stoked!.”

Cathels had planned to skip the next ASP World Pro Junior event in Brazil and enter an ASP PRIME event in Santa Cruz, California, but is now unsure of what he’ll do.

“I’m not sure what I’m going to do next,” Cathels said. “I was going to go to Santa Cruz, but now maybe I’ll go to Brazil. I’ll have to have a long think about this and talk to my Dad and manager.”

Andrew Doheny (USA) has been exciting to watch all event with his stylish and unpredictable approach, he now takes home USD$10,000 and 8000 point towards the 2011 ASP World Junior Title Race. 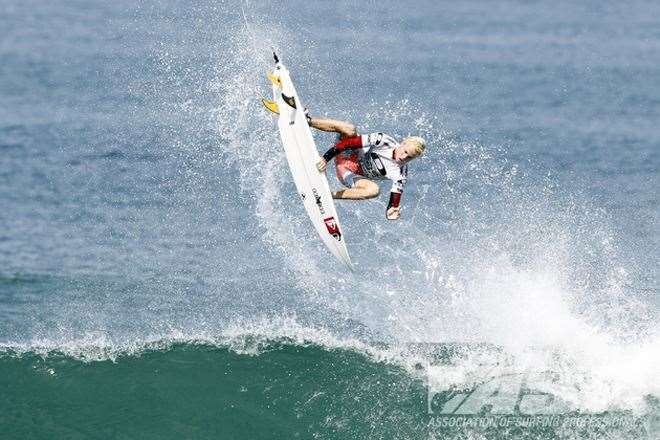 “I’m super stoked because I’m not the best contest surfer,” Doheny said. “I came here last year and lost in the first round, so I said to myself as long as I win that heat I’ll be happy, then I ended up getting 2nd. I did a lot better than I thought so I’m really happy.”

Garrett Parkes (AUS) lost the all Australian Semifinal against Davey Cathels (AUS), the pair went wave for wave, turn for turn in a very evenly matched affair, but Parkes was left needing a score when the ocean went flat for the last 10 minutes of the heat. Parkes goes home with an equal 3rd place finish, USD $5000 and 6500 ASP World Junior Tour ratings points.

“It’s a good comeback for me after having such a bad year last year,” Parkes said. “I can’t complain, it’s just a bummer there was no waves at the end there. The heat before us had about a thousand waves, so I was keen to get out there and get a couple, but Davey (Cathels) got a the good ones and then the waves stopped, but that happens sometimes.” 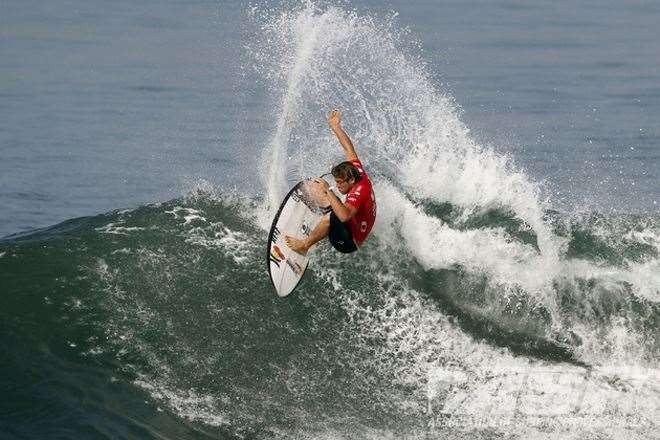 The semi final foursome was completed by Conner Coffin who went down swinging. Pic: ASP/Roberston

Conner Coffin (USA) was eliminated in the next Semifinal by fellow American Andrew Doheny (USA). The heat started slow, but finished with a bang. Both surfers had similar scores and it came down the last exchange, the heat was over and both surfers were on the sand when it was announced that Doheny got the score required to progress to the Final.

“I’m feeling fine, kind of bummed, but it was a good heat,” Coffin said. “It came down to the end and I caught the first wave which was a bit bumpy, and the second one that he got was cleaner and he ripped it apart. That’s how it goes, I got 5th here last year so it’s good to go one better.”

Caio Ibelli (BRA) celebrated his 18th birthday with an equal 5th place finish at the Oakley World Pro Junior. Ibelli was a standout performer all event, but came up against a red hot Andrew Doheny (USA) in Quarterfinal 4, one of the best heats of the entire event. Ibelli clocked up 2 scores in the excellent range, but it wasn’t enough and goes home with USD $2250 and 5250 points towards his 2011 ASP World Junior Title campaign.

“It’s pumping out there,” Ibelli said. “I had so much fun, even though I lost it was still a great birthday present to get to surf waves like that with one other guy. Andrew (Doheny) ripped all event, I tried my best and got two 8 point rides, but I needed a 9.00, but I’m still so happy.”