Dean Brady Is A Manchild 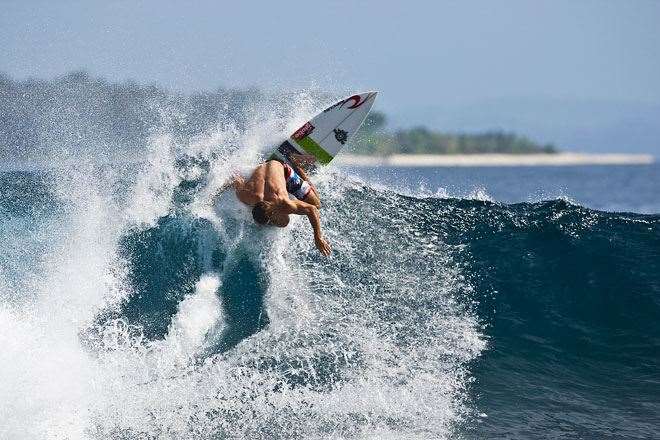 Surfing for his supper on Tracks’ Contrast movie trip in the Mentawai Islands in Indonesia. Pic: natesmithphoto.com

Dean Brady is a man-child… Well that’s what his close friends call him anyway. Having watched him grow up from a little tacker into the towering giant he is now, I too can get away with it – every now and again. Touching the sky at a cool 195cm tall and weighing in at 90kg (without an ounce of fat), it’s not hard to see why I don’t want to push my luck. Add to that a face that hasn’t changed since he was a teenager and I think you get the picture.

But just because he’s a big cool cat don’t be fooled into thinking Dean is just another young logo-spruiking pro jetting around the globe without a care in the world.

Dean Brady is a man-child on a mission.

The easy-going nature he exudes is a front that masks a calculating and inquisitive mind. Fit, big and strong, Dean trains hard, he stretches a lot and watches what he eats. He surfs whenever and wherever he can. He knows exactly the level of commitment that is required to keep his dream job alive – and he loves nothing more than rising to that challenge. But for anyone who knows Dean that is hardly a surprise.

One thing Dean can never be accused off is being unphotogenic. Trip Ripy ad shot. Pic: Rip Crl

Dean has always wanted to win. Ever since he first donned a singlet in the Noosa Boardriders at age 12, surfing has been his outlet of choice. The fact that his competitiveness took him to Queensland and Australian amateur junior titles was proof of that. Despite the love of competition, it’s free surfing where Dean is revered most. He is one of the best free surfers in the world and is truly inspiring to watch.

The fruit is coming to bear due to his hunger to succeed and a constant striving to surf better and better. His reward? Living the dream. Like his good friends Wade Goodall and Laurie Towner, Dean holds in his possession something that is the envy of surfers the world over … he gets paid to surf.

That’s right ladies and gents, Dean Brady is living the dream – he is on the “free surfers” dream tour as a paid free surfer on Rip Curl’s “the Search”. At any moment Dean can be called up and given his next assignment. Like a superhero waiting to be summoned, he is always on call, he never quite knows what’s coming next. But that’s fine by him because there is nothing mundane about Dean Brady’s life right now. 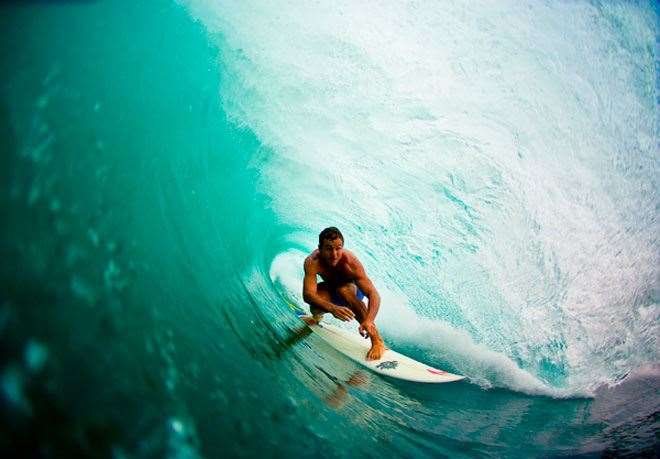 Around every corner lies a new challenge, new places to explore, new experiences to be had, obstacles to overcome, perfection to be discovered and waves to be slayed. For someone who has lived out of a suitcase since he was 15 Dean wouldn’t have it any other way.

Already this year has seen him travel to Micronesia for that macking new year swell, to Canada to surf frozen slabs with seals and polar bears and to remote Indonesia to surf possibly the world’s craziest river bore set up, The Seven Ghosts.

Not a bad start to the year. Just one of those trips alone would be enough to stoke out your average surfer for the rest of their lives but for Dean that’s just a quarter of his year. A stark reminder to the rest of us of what an incredible journey these free surfers are on.

Chasing swells around the globe and being always on call means that the modern day free surfer must be an athlete in their own true right. And Dean is that athlete. Big, conditioned and ripped, he looks more like a professional footballer than a surfer, but without the cocky swagger or the ego to match. 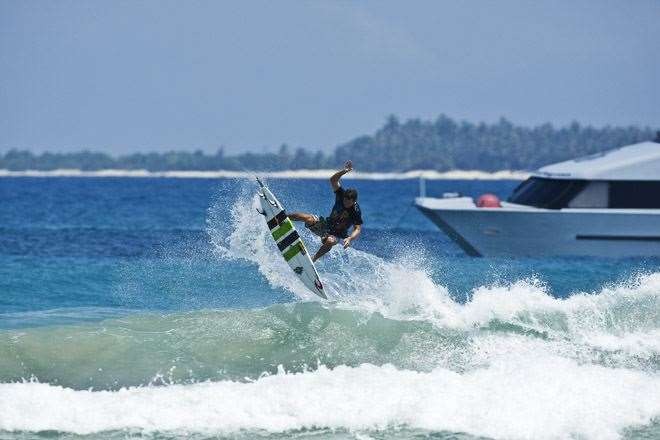 For someone not considered to be ‘an air guy’ Brady sure can punt. Ment’s again… yep, he made it. Pic: natesmithphoto

Dean is down to earth and committed to the game. You can tell that he loves it and you certainly don’t have to scratch too deep to find that commitment. He is polite, friendly and easy going but a part of him is always on the search. You can see it in his eyes. Psyching for that next big ride, mind-surfing that new wave, going over the steps and setting it up all in his head. Over and over. Balanced on the rope. One eye on the details, one eye on the charts. Planning, plotting, dreaming.

In the moment however he is present. Big, centered, relaxed. Forever cracking jokes with that cheeky glint in his eye.

Dean loves to have fun but his true calling is to win, like a gladiator in times gone by. There’s thrill in the game but it don’t mean nothing unless you win. And for Dean, to search is to win. Whether he scores good waves or not, he has already won.

The new waves, sights and sounds are all just the cream.

The post Dean Brady Is A Manchild appeared first on Tracks Magazine.