“You got trust yourself in those conditions and Jordy didn’t,” said Mick Fanning after watching Jordy Smith lose his Round 3 heat in the Quik Pro France. “He was neither here nor there in terms of where to sit. He didn’t stick to his plan and I think that cost him.”

Now I’ve been covering the Quik Pro France for well over a decade and I was sure I’d been on this section of the beach, in this exact situation watching Jordy self-destruct in the exact same way. There was an overwhelming sense of familiarity with something that shouldn't be familiar at all. Not for the first time I cursed the French for failing to coin a simple term for that feeling.

This was the umpteenth time Jordy Smith has been in the World Title mix at the start of the Europe leg, even if he hasn’t always hit the continent as No. 1 on the Jeep Leaderboard. However usually by the end of October, his World Title hopes lie in dust, like the remnants of a baguette in the footwell of a Citroen hire car. His record his abysmal in the Quik Pro France; he’s never made the final in over 10 appearances and only twice made it past the quarters. 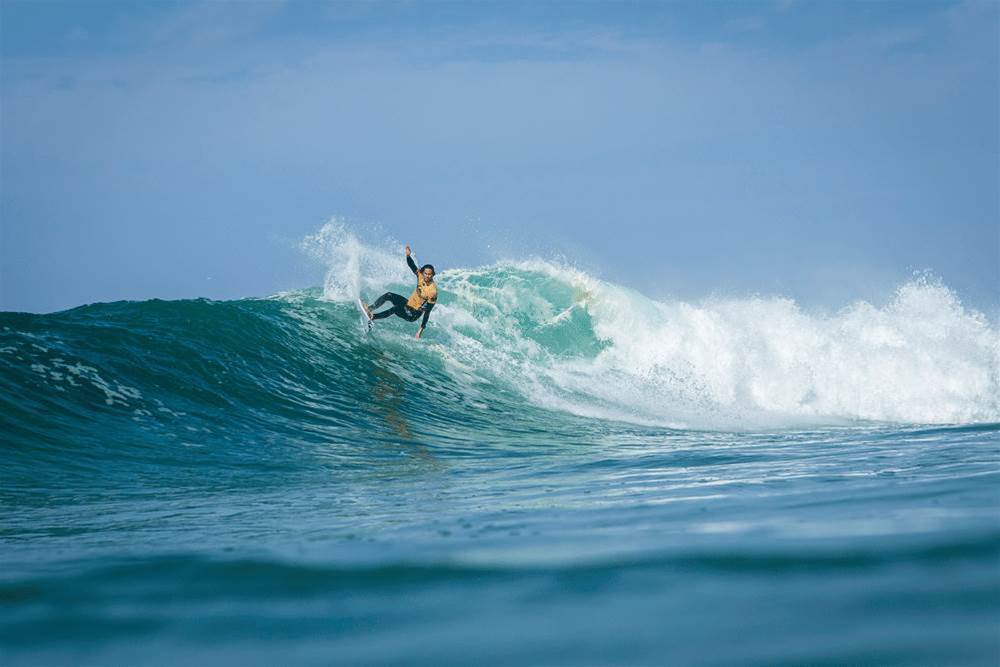 In theory the waves should suit his surfing. So if it’s not the waves, it has to be the pressure. Time and time again his decision-making distorts under any pretense of World Title hopes and today was no different. If he is ever going to win a World Title, he will have to do much, much better here, as the only place he has a worse record is Pipe. It really felt like this had to be his year. And then when it mattered, when everything was on the line, he didn’t trust himself.

It didn’t help that John John Florence’s performance in the very next heat only served to shine a hypernova light on Smith’s deficiencies. Twice now in this event John has responded to real pressure with surfing of the highest calibre. His added maturity must be frightening to his competitors, who used to hang onto to his competitive mistakes as the only way of matching his superior talent. Every day he now gets closer to the complete package and today’s massive rotations were another sign he’s moving into the unbeatable realm that Slater once occupied. If anything today he was underscored. “That left should have been a 10,” Fanning said later. “I might have to go and smack the head judge’s bottom.”

In that he may have to wait in line behind Wilko. His was the only real controversial heat of the day, the judges failing to recognize the progression and difficulty of his backhand attack. He joined Wilson, De Souza and Toledo as the World Title casualties in France, and now it’s left up to Owen Wright to take it to the Hawaiian. Wright said earlier after defeating Stu Kennedy that he wanted a World Title and that he wanted it bad. After all he’s been through, I believe him. He at least, will trust himself. It might not be enough to match Florence, but it will be more than Jordy Smith showed today.