Discussion: Albee Layer on the consumption of surf media

I watched Albee Layer’s In Between Mountains edit a few days ago. Do you remember it? Another surf clip ready to be thrown up online, devoured, digested and shat out. Moving through the bowels of surf fans around the world in around 24-48 hours before being deposited in the toilet bowl, flushed and never thought of again.

The surfing was mind-blowing, a full year of complete dedication from Albee. Airs at the limit of progression, the charging of someone willing to put his body on the line and suffer horrendous beating after horrendous beating, and the production … finger licking good, feature film worthy. It stopped me in my tracks.

It was at that point a wave of guilt washed over me. There I was sitting in the office, scoffing lunch at my desk, crumbs falling onto the keyboard, distracted, not willing to even give it my full attention to start with. And there on the screen was an entire year of an athletes achievements playing out on screen for me, destined for a lifespan shorter than a fucking butterfly.

I had to know how Albee deals with this. So I got in touch for a chat.

Tracks: Firstly, the clip in my opinion was one of the most polished and epic I’ve seen in a long time – it’s actually what got me questioning the way we consume media – you must be stoked with what you’ve put together with Dan (Norkunas – the man behind Take Shelter Productions)?

Albee: It’s funny you say that. Dan and I were actually kind of disappointed with it (Laughs). Looking back I think there’s two reasons for that. One being that we were planning all year on having a stomped backside 540 in the bag for the edit, and when it didn’t happen we were kind of baffled. The other being I spent several hours making the rough cut of the edit over a few days. Then Dan spent more time making it perfect. By the time it was done – pretty much like every edit – we were like, “fuck, I guess it’s ok, lets just put it out there and be done with it already.” You don’t really know how good it is until you start seeing people’s reactions.

How do you wrap your head around the fact that due to the way we consume media now, that a years worth of effort, pain, horrendous beatings and straight up dedication only lasts a few days?

I absolutely hate it (Laughs). I understand that’s my job and the way the world works, but what bothers me more than anything is that no surf companies want to support feature surf films any more. When they do support a film it’s only for one athlete and that’s pretty much it. They aren’t paying for a bunch of other surfers being in the film, and that kind of kills films in my opinion. There’s not enough collaboration going on between different surf companies and athletes, I think that’s why surf films aren’t doing well any more. 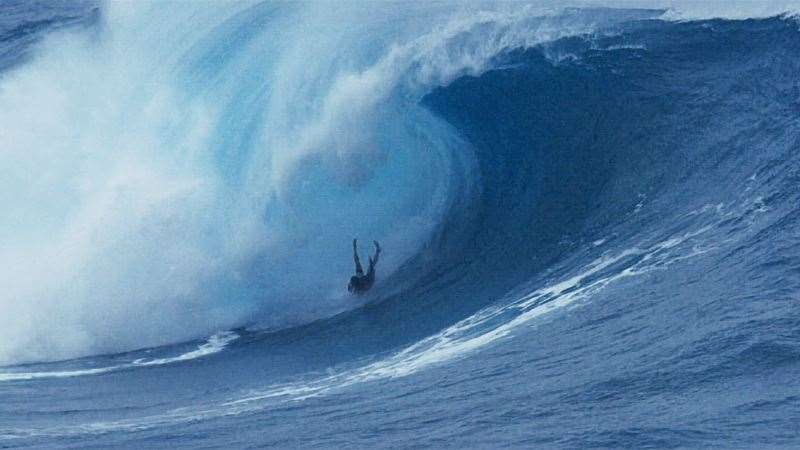 What are the benefits to you as a surfer, do you feel you receive enough reward for everything that goes into one of your clips?

Absolutely not! It takes a so much effort and money to make a good edit. Every online edit now needs a $35,000 Red Camera to shoot it, not to mention hiring a cinematographer to operate it through the whole year. Then you have to do the editing for hours. There’s not really any reward for it, but as a surfer if you don’t do it you kinda fade away.

I guess these edits keep you in a contract and allow you to do what you love. Is that the same thing as what videos/DVDs used to do, even though they had a longer lifespan?

In a way, but with old movies you did one part a year and everyone stayed stoked on you a long time. With web clips it’s a constant battle to always be putting something out to stay relevant. After a few months without a clip you become less popular by the day. 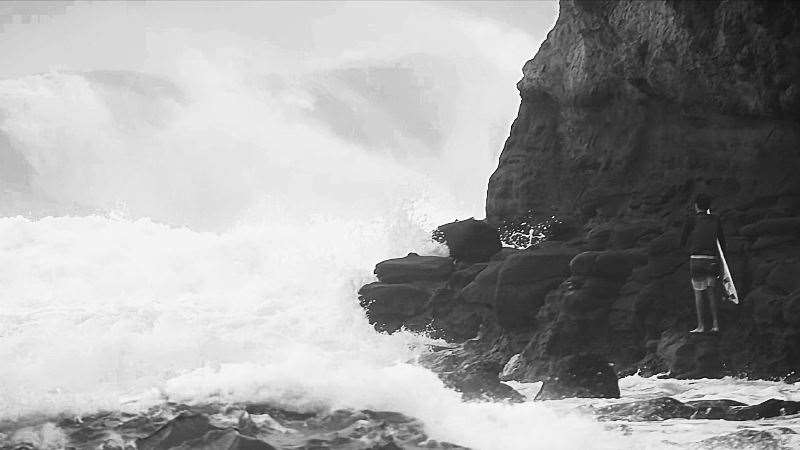 Dan’s editing/production is amazing too, not to mention all the hours in front of the screen and standing on the beach and taking abuse for missing clips. It must be frustrating that a roughly slapped together cut and paste edit gets the same play?

A lot of filmers are very under appreciated in the surf community. It’s really hard for them to make a living because the good guys need a solid salary to support themselves, and most surfers don’t wanna pay it. There’s always a kid who will film for cheap or free. I’m really lucky that Dan and I got together when we did, back when I was making nothing, and he stuck by me. We are both far from rich but we’re making a living doing what we love and that is kind of priceless in a way. I really hope one day we will get a big budget for something so his talent can shine in all its glory.

Do you feel that quality and effort wins out and plays to your advantage?

I think quality can get you more plays, but action and how it’s put together is just as important. Certain surfers can just put out average edits and because they are such big names they get serious views.

I can’t see a solution to the issue of the instant gratification conveyor belt, have you thought of anything?

People will always want instant gratification, but I think the solution is getting surfers to collaborate on projects. Not just single surfer focused movies. I think it’ll start going back to surf films being more and more important.

What are the positives in the way we consume now?

All negatives aside, the one huge positive is discovering a ton of amazing talent that would otherwise probably go unnoticed. There are so many pro surfers now who got their start with web clips – Chippa, Matt Meola, myself. Without that I would probably be struggling right now. I never liked contests enough to do well in them and that was the only route to get noticed until recently.

ALBEE LAYER // IN BETWEEN GIANTS from TAKE SHELTER PRODUCTIONS on Vimeo.

The post Discussion: Albee Layer on the consumption of surf media appeared first on Tracks Magazine.