Aboard the KM. Budydhari – PHOTOS COURTESY OF LAST MILE OPERATIONS 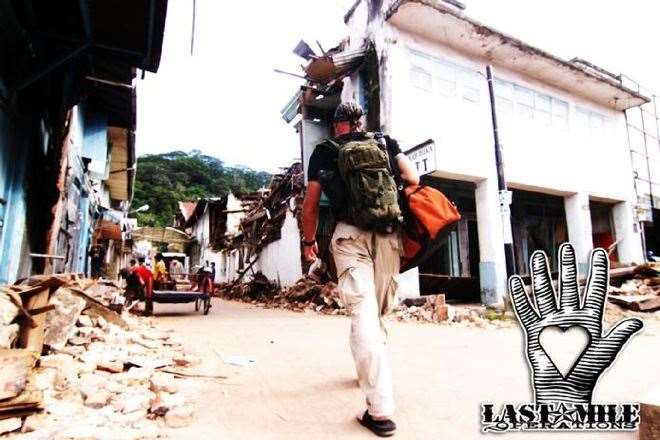 After a week of Operations in storm lashed conditions, the KM. Budydhari lies anchored in calm waters just north of what is left of the Macaroni’s surf resort. Our shore party reveals evidence of a massive wave that has all but erased the resort, leaving only the main tower structure standing at a drunken angle. The ground littered with everything from computer boards to pool cues. And clouds of flies and armies of  red ants and untold termites busily helping the place return to the jungle. The previous week has seen our team getting into the more difficult villages to reach. Being surfers, we have been able to access the more remote villages, often swimming supplies in through confused seas and churning shorebreaks. The addition of surf charter operator Brent Mullen’s twin engine speed boat has been a boon, allowing us to access up to three villages a day. We bring in our Red Cross Medical team first, then we start ferrying in the necessary supplies be it food, water, blankets, tarps, kerosene lamps etc. What we see mostly is total annihilation, entire villages scoured from their cement foundations and driven into the jungle in a heap of tangled wreckage. Uprooted trees, smashed canoes, fields of sand and coral where once was a dank jungle floor, loose items like clothing flapping from the top of palms like a defeated army’s tattered flags. Past the mass graves and the sickly sweet whiff of corruption from the unfound bodies of the villages below, the survivors have fallen back to the jungle heights, often found under no more than bare poles and orange and blue tarps against the deluge rain. Movement is tough, especially for the injured, up muddy tracks and through knee-deep bogs. Most of them looking like they have been in a car crash. All banged up. We apply lots of bandages. The monsoon has arrived. We cannot think of the recovery time. We just provide what we can for now.

And there are success stories.

-The seven year old boy that survived the night of the Tsunami on a raft of coconuts and washed ashore safe and sound the next day.

-The young mother with a badly broken collarbone who led us out of the jungle alone so that we could evacuate her to the tiny local hospital in Sikikap.

-The successful emergency field operation on a woman who, tumbling through the jungle underwater, had badly gashed her ankle on a tin roof, all but losing her foot. Our team’s operation ensured that she would walk again. 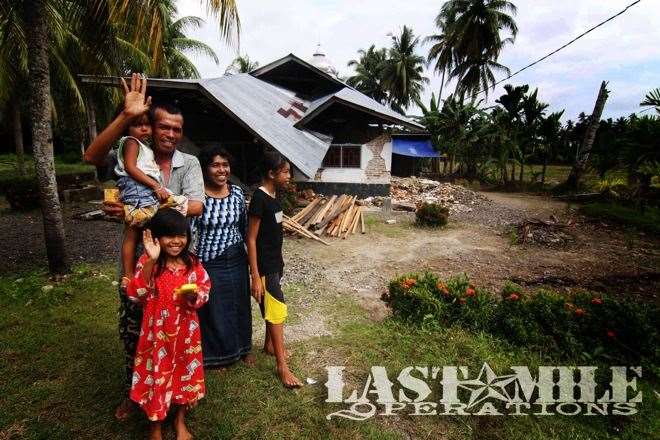 Operations Continue here. Despite the World News that leaves us behind, despite the confusion of the shocking news of Andy Iron’s death, our group of surfers has chosen its ground here. A group of concerned surfers giving all we have to a place that has given us so much over the years. Within the hour, we will sail for the small port of Sikikap to re-group, check on our evacuees and re-supply with materials partly provided by SurfAid. We are all working together here. Tomorrow is another day. Their are many still to reach and we are committed to serve until the emergency phase of this natural event comes to a close. With spirits ebbing, we thank each and every one of you for your continued support.