Tai Graham’s Chasing Unicorns clip has been one of the best this year, a dreamy distilled six minutes of Indonesian perfection. Buddha is an incredible surfer, but also a shrewd business operator and integral member of Bali’s expanding international surf scene. With so many fingers in so many pies we caught up with the 32-year-old to see what’s happening in Indo right now.

So Buddha, what’s it say on your business card?

Ha, a lot of people ask me that. I am the brand ambassador for O’Neill in Indonesia. They wanted to relaunch in Indonesia. At the time I was surfing for and doing the distribution for Rhythm here in and O’Neill approached to do a similar role. Initially I was a little reticent, I had a little bar and was surfing all the time and didn’t want to be an office jockey.  But I said if I could surf and do some of the other stuff in a dual role, I’d be happy and it’s grown into that. I help the distributor a little, along with work on photoshoots and also look after the team riders like Jordy when they pull through. There’s a little bit of marketing, so it’s more of being the face of the brand and the man on the ground in Indonesia.

How are the bars going?

I’m a partner with Made Kasim in the Single Fin Surfshop Cafe and Bar at Ulus. That’s grown in three years from a tiny 60 square metre little surfers’ bar to now being 1000 square meters, with a new huge deck and three surf shops that go with it. So it’s just grown so quickly.

What about the gym?

Yeah I also have a little gym in partnership with Mark Mathews and Johnny Gannon. I just found that the world’s best surfers were coming to Bali every year and they kept asking me where was a good place to train, and there wasn’t one. It just seemed like another little gap in the market that needed filling. I hit the boys up cause they are the gurus when it comes to surf training and I’d do all the stuff on the ground to make it happen. It’s a little small studio, nothing crazy, called Modern Movement in Seminyak, but it seems to be working. I have a little villa that I rent out with a buddy of mine, but that kinda looks after itself.

How long have you been in Bali?

I have been here full time for seven years, but my mum moved over here when I was 8 years old. She remarried an Indonesian dude so I grew up back and forth between Bali and the Gold Coast.

It seems to be expanding rapidly, how is the pace of change?

The surfers have always came here and always will. Before the bomb it was booming, and then obviously that tore everything to shreds. The thing is though, it’s a cash economy here, so all the hotels, properties, villas and businesses were owned outright. They didn’t have to pay back banks or a debt, and so they just hung onto them. Them from 2006 to 2009 there was another boom, and then it slowed a little, and now it seems to have picked up again. Now there is a lot more Russians, so while the European numbers dropped, the emerging economic nations, like Brazil for example, started to pour in. And often these tourists are super wealthy, not just your average surfers. 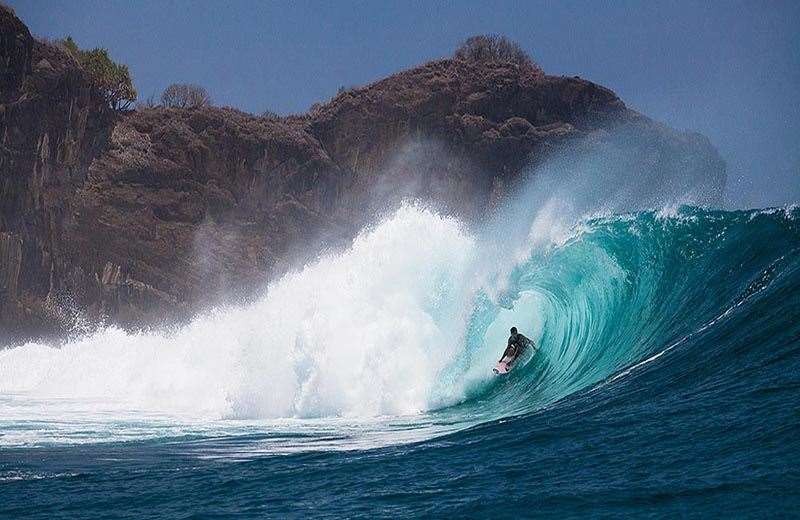 At least the Ruskies don’t clog up the Racetrack at low tide.

Mate they do! There’s about 10 Russian surf schools getting around and our gym has loads. They are actually really eager to to advance their surfing.  But there’s also a lot of younger crew over here trying to make a go of it full time plus there’s heaps of the guys working in the mines who base themselves here, a lot of the Perth guys and West Ozzie lads.

You also have done the commentary at some of the big WCT events. How did that happen?

Well I was a professional lifesaver on the Goldy, so I started doing the water patrol at the Quik Pro. With the commentary it actually started when I broke my back surfing Deserts.

Nah it wasn’t, it was the day of days, I haven’t seen it that good since. Machado and Dorian were there for the Drifter movie. Anyway I was surfing the Grower section down the end. I tried to straighten out on a big one and it broke behind me and piled me into the reef. I was stuck on the reef for 45 minutes till sunset, but cause I was way down the end section no one could hear me up in the warungs. Eventually it was getting dark so I had to make my own way back. Anyway I came back to Bali and had six months of bed rest.

So how did that lead to getting on the mike?

I was doing some of the Indo events at the time and was just hanging at one when I was injured and they asked me to help with the commentary. I went okay, so then I started doing the Indo circuit, both competing and commentating. But that was only so I could surf man on man heats at places Keramas, Padang, Macaronis, HT’s.  I didn’t want to be the Indo champ, I just wanted to surf those crazy places with one other dude out. Anyway that led to me being asked to doing a few comps on in Oz. It wasn’t something I had my heart set on, just paid holidays really.

Well we just did a trip to Lombok with Tracks actually, the Ed hung out for a few days which was cool. The surf’s been pumping, so its just about getting tubed really.  When the waves are good, all the other stuff can wait. 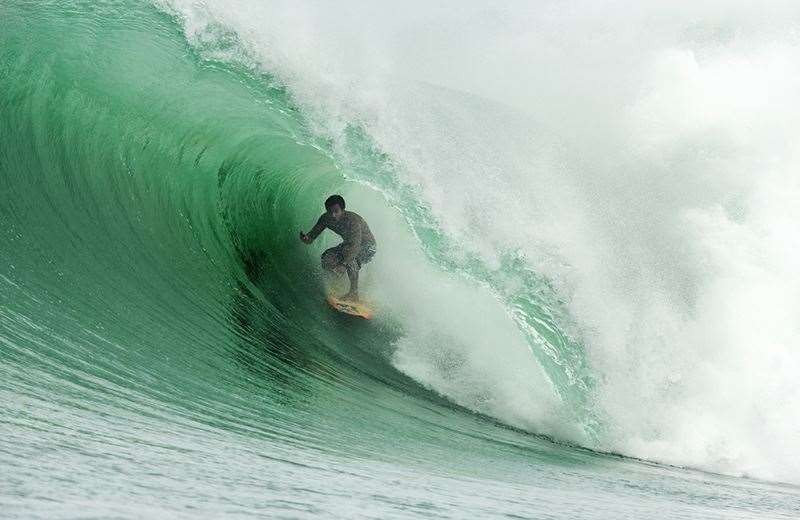