Do We Really Want Barton Lynch in the Booth?

What’s all this fuss about Barton? Why does everyone suddenly want him calling the ‘CT and the footy and their local bingo? The bloke’s not David Attenborough. He was a refreshing addition at Bells, and he seems like a genuinely good human, but do we really need another legend of yesteryear commentating the stuff that’s happening right now, in 2016? Isn’t that kind of Pottz’s deal? And to a lesser extent, everyone else’s?

What about someone who can describe for us what it’s like to do a fucked-up, tweaked-out air? Someone who’s around the same age as the guys they’re watching? Because if there is a problem with the commentary team at the moment (and judging by the dissent that’s arisen online, there is), isn’t the fact that there’s no young voices among them at least part of it? Who knows what a bit of youth could add alongside Ronnie’s encyclopedic recall or Pottz’s masculinity. Even Joe might come up against someone frothier and be forced to play a different role.

I’m not saying this would solve all complaints—surfing as a sport has a criminal amount of downtime (why do you think your ex-girlfriend hated filming you so much?)—but it’s something to be considered. Surely there’s got to be someone out there under thirty who rips the bag out of it and is at least halfway articulate? I know surfers aren’t famous for being brain surgeons, but we’re no longer all drug-fucked drop-outs either. (Double shakas to those keeping the dream alive).

If the WSL is serious about pleasing their fans and reaching new audiences, they’ll hopefully be listening to the vast amounts of shit that gets hurled their way online. But if we as viewers are just as serious about expressing what we like and what we don’t, then we need to try and come up with something more creative than Add Barton because we haven’t had a chance to get sick of him yet. Do you honestly think his unique brand of fifty-year-old grommet enthusiasm wouldn’t get old?

Bring on change, bring on progression, demand satisfaction in return for all the Corona ads you have to sit through, but don’t confuse a fresh voice for a fresh idea.

Now how about getting some chicks to commentate the women’s side of things? 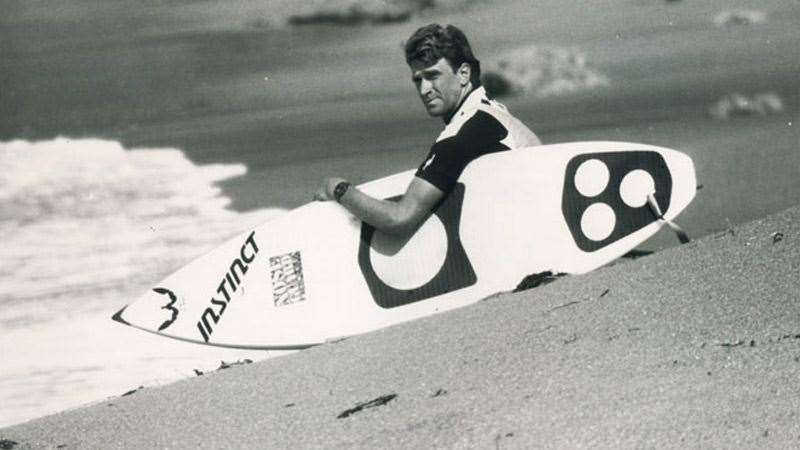 Barton Lynch has been around long enough to see front foot grip come back in fashion. Photo: Tracks Archives/Childs

The post Do We Really Want Barton Lynch in the Booth? appeared first on Tracks Magazine.