Doing it for the Girls

The competition will showcase top grommets from boardriders clubs across New South Wales. The dynamic duo from Queenscliff, Sophia Bernard and Allyse Cooper will be taking on the boys and can’t wait for the challenge.

Sophia Bernard and Allyse Cooper will be doing more than just representing their Queenscliff Boardriders Club (QBC) this weekend when they compete in the Tee Ink Gromtag. They both agree they’ll be surfing for all the young girls loving their surfing when they line up against the boys at South Curl Curl Beach on Saturday. And the dynamic pair has one warning for their male competitors, “Don’t underestimate us!”

“I love being the underdogs,” admits Sophia, 18. “The boys get all rattled when we beat them and it makes me more pumped because they’re not expecting it.”

“They definitely get rattled,” agrees Allyse, 14. “They can’t psych us out, they just hassle but we hassle back.” 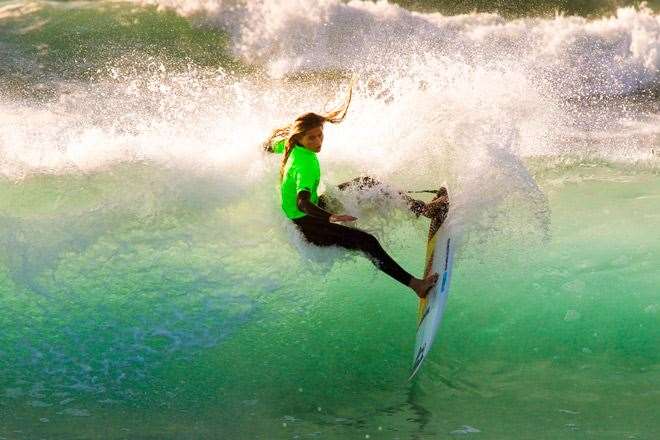 The fiery duo will pull on the Tee Ink rash vests this weekend as part of the QBC A-team in the only junior tag-team event in the country. Five surfers – three under 18s and two under 14s ­– will represent their clubs in the hope of netting a slice of the $2000 prize purse.

But despite the wide-ranging field, the girls are more nervous about letting their team down than taking on the boys. 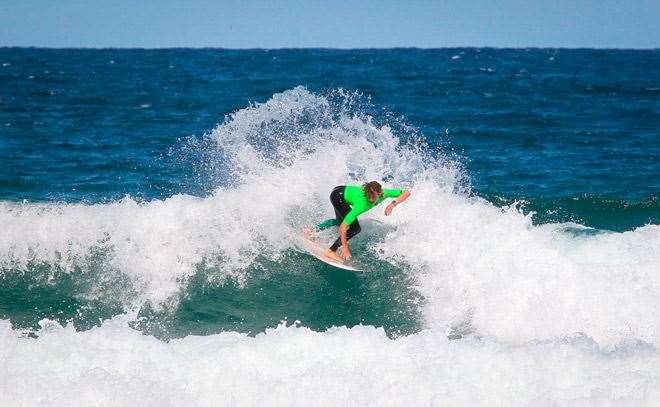 Jordy Lawlar from Narrabeen will be lighting up with backhand flairs like this. Photo by Wes Lonergan

“Surfing against the guys is really good experience. Personally, it helps me push my surfing to new limits. I’m not feeling any extra pressure at all, at QBC I surf against the older guys in A-grade so I’m 100 per cent used to it. I’m really excited to represent the club but at the same time I’m a bit nervous because I always put more pressure on myself for team events,” says Sophia.

Sophia added she’s been looking to her surfing idols – Carissa Moore, Stephanie Gilmore and Sally Fitzgibbons – for inspiration leading into the event.

“Those really powerful girls are pushing so hard to catch up to the guys. You can tell that this year on Tour, they are unbelievable.” 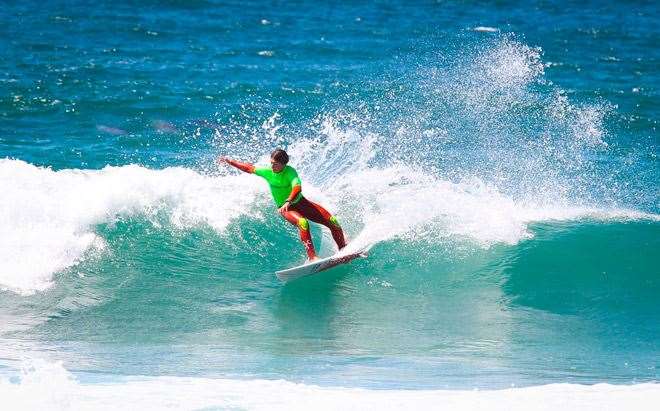 Allyse says opportunities like the Tee Ink Gromtag just go to show that women’s surfing is on the way up and gaining momentum.

“It’s sick being a girl. Girls don’t normally have a big part in surfing and to be able to surf and do everything the boys can do is pretty cool,” says Allyse. “But it’s still like surfing out at Queensie every day, the boys aren’t intimidating, they just try to take all the waves so you’ve got to work hard to get your own.”

Harrison Martin from defending champions, Elouera Boardriders, says the team is hungry to prove they can win on anyone’s beach after being hometown favourites last year. And if Harrison’s form is any indication, having just taken out the Elouera Boardriders Opens Division, they’ll be hard to beat. 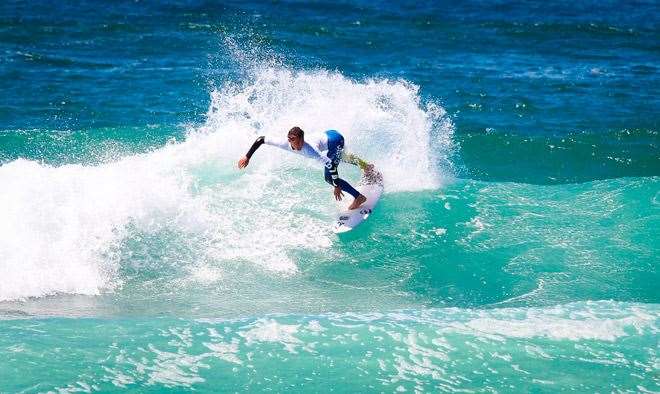 Avalon’s Connor Gale tags a mushy section and eyes his next assault. Photo by Wes Lonergan

“I was stoked after winning boardriders this year. I get a load of confidence out of that, especially surfing against guys like Conner O’Leary,” he says.

“We’re going to be trying to prove ourselves for sure. We won at home last year so we want to show everyone that we can win anywhere. Last year, the older boys from the club were stoked when we won. It was pretty amazing, everyone was loving it.”

“The team is looking good. Everyone is surfing well. Shane and Jared Hickel and I travel a lot together so we all know how each other surfs.”

The Tee Ink Gromtag is proudly supported by BoardStix and Tee Ink.

The post Doing it for the Girls appeared first on Tracks Magazine.