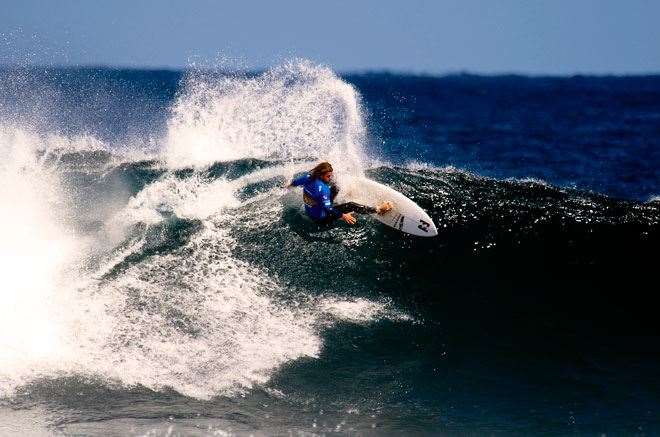 MARGARET RIVER, WA/Australia (Friday, March 15, 2013) – Western Australia is preparing to host the biggest and most exciting Drug Aware Margaret River Pro in the event’s storied history. For the first time the event will be able to utilise both Margaret River and The Box as surfing locations. This will offer competitors the chance to surf maxing left and right winding walls at main break Margaret River or slabbing right-hand barrels at the box, an exciting prospect for both the surfers and surf fans alike.

2013 has another exciting change at the Drug Aware Margaret River Pro with the women’s division upgrading from an ASP 6-Star event to now be Stop No. 2 on the ASP World Championship Tour – meaning that Margaret River will play a vital role in determining the 2013 ASP Women’s World Champion.

The men’s division, as it has for the past few years, will feature an ASP PRIME rating, offering maximum points and hefty prize-money for all the surfers chasing ASP World Championship Tour qualification. This year’s event has attracting 96 of the world’s best surfers, including 29 of the elite ASP World Championship Tour competitors looking to put their name on one of Australia’s most prestigious surfing trophies.

Tyler Wright (AUS) took out last week’s season opening ASP Women’s World Championship Tour event on the Gold Coast and for the first time in her professional career carries the ASP World No. 1 ranking. Wright is keeping her feet planted firmly on the ground and refocusing her efforts on posting another solid result at this week’s Drug Aware Margaret River Pro.

“I’m really happy with how the first event of the year went for me,” Wright said. “My training, planning and hard work all paid off. It’s too early in the year to be thinking about being number one or world titles, I’m just working on my program which is what helped me do well at the last event. The love and well wishes from family, friends and fans has been amazing and I’m looking forward to spending the week in Margaret River with my sister Kirby and brothers Owen and Mikey. I love coming to WA because the waves, locals and scenery are all amazing.”

Contest Organiser Mark Lane is thrilled to see how the Drug Aware Margaret River Pro has grown and evolved to become one of the world’s biggest surfing competitions, that showcases the world’s best surfers, in South-West WA’s world-class, challenging and exhilarating waves.

“Margaret River and the Box are truly world-class waves and we’re excited to welcome back the world’s best surfers,” Lane said. “I was talking to the girls this morning and they’re all enjoying riding some solid waves for a change and the men’s field is as strong as it’s ever been, so we are excited to get the event started. There’s a couple of swells lined up with the first one hitting right now and a sensational one looking to hit around Wednesday.”

The event will be webcast LIVE via – www.margaretriverpro.com