The rules have changed. The rookie looks rogue.This new season has already proven to be very different to those past. Changes have riddled the opening event and have challenged the household names we know and love. The words whispered across many a lip over the Roxy Pro – Who the hell is Caroline Marks? Look she’s been on our radar for a while but as the youngest male or female qualifier ever, her level of maturity was unexpected; even by those with a close eye on the girl’s scene.

The WSL have shaken up the rules, round three now has an elimination element – place third and you’re out! This rule change will make the top women in the world find it harder to progress straight to the quarters. Tyler, Carissa, Steph and Sal have dominated the women’s world tour for almost a decade, maybe their reign has been helped with an extra round to fall into before hashing out their competition lumps and bumps. All fell to somewhat surprising opposition at the first event of the season. Malia Manuel already has her name out there for manoeuvre of the year with a searing, (almost) double handed wrap that stung Carissa straight out of competition. Eventual finalist Keely Andrews dubbed by some as the “giant slayer” de-throned queen Steph, and Lakey Peterson was out for revenge against Tyler.

The WSL have once again showed that the Women need to up their game, tail slides won’t cut the mustard any more. The move to Kirra demonstrated, much like Fiji last year, the women will have to push to win events. While certain other sites may be more hung up on the semantics of sexism we are here celebrating the girl’s performances. Historically the first event of the season is won by world title holders. We now have a new lady in yellow, Lakey’s style and read of the cumbersome Kirra conditions is a warning to all those on tour.

With the shake up of the format and some new faces in very exciting places here are our picks for Bells:

Carissa Moore: Moore may have bowed out a little earlier than expected in the Goldy, however her off season has been full of weddings and wanderings. Moore warmed up somewhere in the South Pacific and boy did she look sweet. With John John esque arches that have that extra degree in them she is definitely out to break Tyler’s dash for the hat trick.

Caroline Marks: the kid is fierce and has arguably the strongest backhand on the women’s tour. At only 16 and she represents the new era of women’s surfing. Much like a young Lisa, Tyler or Steph, she has not only the skill, but the attitude of a young champion in the making.

And, If Courtney Conlogue has healed her foot injury sustained in warm up for the Roxy pro, she would be hard not to pick for the hat trick of Bell rings! 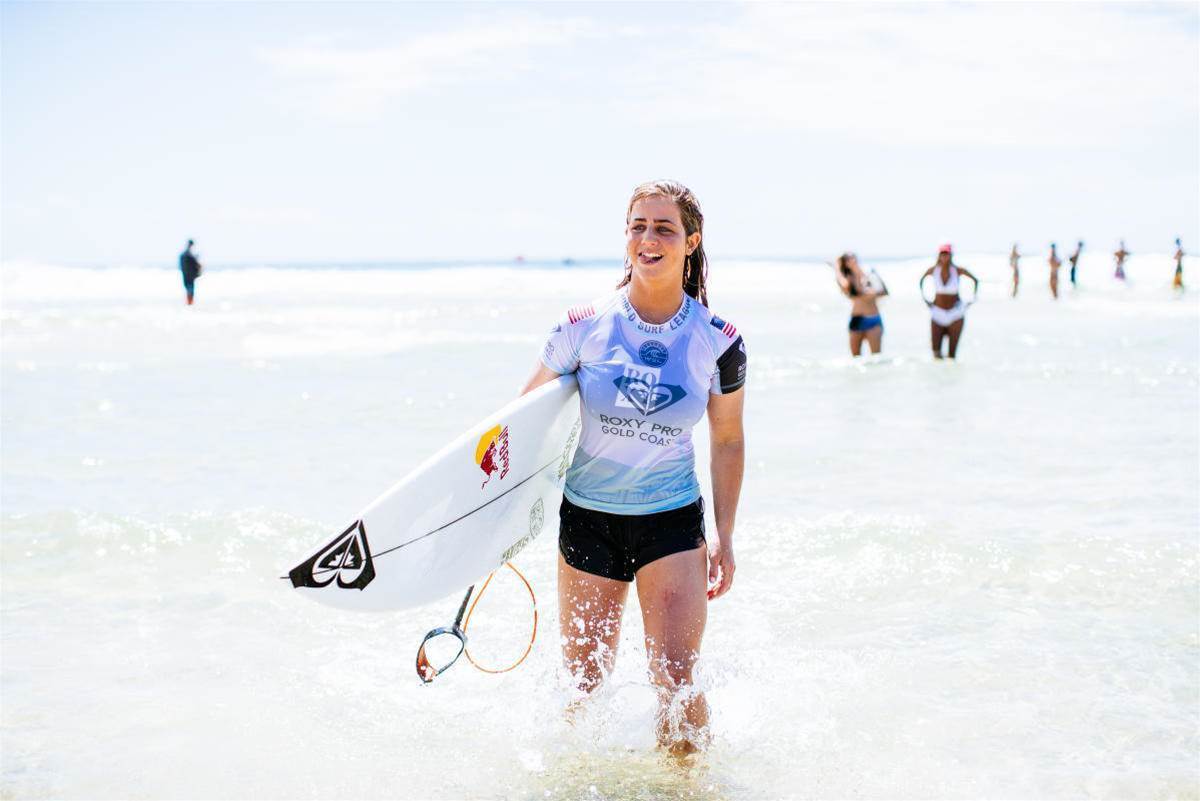