TEAHUPOO, Taiarapu/Tahiti (Saturday, August 21, 2010) – The greatest assemblage of surfing talent in history is converging upon the idyllic South Pacific island of Tahiti, home of the world’s heaviest wave, Teahupo’o, for Stop No. 5 of 10 on the 2010 ASP World Tour, the Billabong Pro Tahiti. 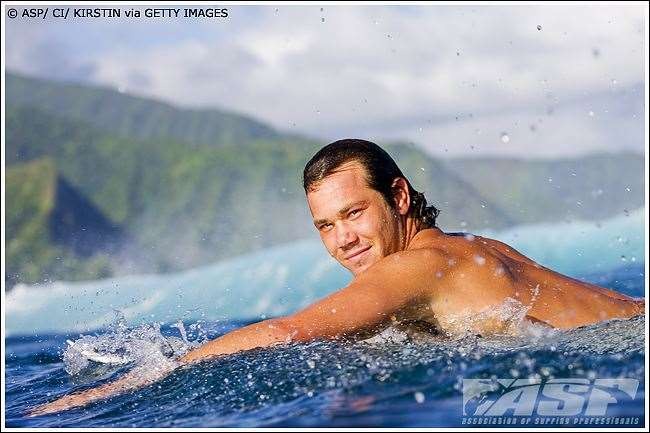 Jordy Smith (ZAF), 22, current ASP World No. 1, is into his third season on the elite ASP World Tour, but enters into the Billabong Pro Tahiti as the No. 1 seed, a career first for the young South African.

“Most important for me is to realize that it’s not always going to be a walk in the park,” Smith said. “Being No. 1 is much like being No. 2, 3 or 4 as there is still a long way to go this season. Maybe No. 1 is like being No. 16. At this point in the season, it is still early. I am working heat to heat, and that is really all that I can do. My goals are to win heats and stay in range to win battles which, in the end, win the war. For me, nothing has changed in my formula – my preparation is the same and my focus stays heat to heat. A win would be great.”

Despite having yet to net a solid result in Tahiti (a 17th in 2008 and a 9th in 2009), Smith’s growing familiarity with the wave gives him confidence moving forward.

“Teahupo’o is known for its power and stands alone as one of the most unique waves in the world,” Smith said. “I don’t think there is any surfer on the planet who does not respect it, even if it’s breaking at a mid-range size. As perfect as it gets, it can still crush your dreams even if you favour big waves, and I don’t think anyone gets into a comfort zone out there. You can’t get too cheeky.”

With the added intensity of the midyear field reduction and the minefield of Teahupo’o specialists lining the wildcard ranks, Smith understands the challenge awaiting him in this island paradise.

“The wildcards and lower seeds will be going all out to get themselves back into the Top 32 seeds for re-qualifying so I guess we are going to see some really good performances from them – or whoever for that matter,” Smith said. “If we go back and look at the veteran standout World Tour campaigners, maybe Kelly (Slater), Andy (Irons), the Hobgoods among a few other also with the mix of all the specialists could be dangerous. Even the local boys could possibly come away with a surprise win.”

Smith will take on former ASP World Champion (2001) C.J. Hobgood (USA), 31, and wildcard Manoa Drollet (PYF) in Round 1 of competition.

Mick Fanning (AUS), 29, reigning ASP World Champion and current ASP World No. 6, has been a consistent performer thus far in 2010, but admits that not being a top seed in Tahiti is not necessarily a bad thing.

“I am not the top seed heading into Tahiti which may actually be a blessing,” Fanning said. “I think you need to avoid the wildcards in Tahiti as they are so dangerous. I am just going to try and put a smart event together and hope to get a solid result.

Bobby Martinez (USA), 28, current ASP World No. 8 and defending Billabong Pro Tahiti Champion, has historically been one of the strongest performers at Teahupoo, but the lethal goofy-footer remains cautious when considering his options for the 2010 instalment.

“Nothing is on my mind other than trying my best in the next event,” Martinez said. “There’s no point in thinking ahead of yourself. Every contest holds your hopes of winning a World Title so you’ve got to do the best in each contest or else there is no chance at all.”

Despite the certainty of hungrier performances from those looking to make the midyear field cut off, the Californian maintains that  everyone can be a threat at this level of competition, especially in Tahiti.

“I do think the lower seeds will be intense in Tahiti, but I expect that from everybody on this tour in every heat in every event,” Martinez said.  “If you don’t give 100% in every event, you will not be here the following year so I think it’ll be a very interesting contest. That said, it’s like that every contest. Anyone and everyone is a contender in Tahiti. Nobody is a favorite and nobody is an underdog in my eyes. And it’s not just in this contest, but every contest. At this level, anyone can beat anyone.”

Martinez will face Jeremy Flores (FRA), 22, and Marco Polo (BRA), 29, in his opening round match.

Andy Irons (HAW), 32, former three-time ASP World Champion and current ASP World No. 18, took a sabbatical from full-time competing in 2009 and his transition back to the competition singlet this season as yielded moments of brilliance amidst an overall building momentum.

“The season went the way I thought it would be – hard,” Irons said. Everyone is surfing really well and you basically can’t skip a beat or you’re off the tour. I’m feeling stronger and stronger at every comp. On my time off, I have been putting in some extra time in at the gym and I think it’s starting to pay off.”

A former winner at the Billabong Pro Tahiti, the Hawaiian’s performances at the treacherous lefthander have become the stuff of legend and Irons enters into this year’s event as the man to watch.

“Teahupo’o is one of my favorite contest that’s for sure,” Irons said. “I love the wave. I love the tropical vibe as well. It’s like being home for me. Of course, everyone going to be charging at this year’s event regardless. The field reduction is a heavy thing and it weighs on everyone’s mind. Everyone wants to keep there job.”

Michel Bourez (PYF), 24, current ASP World No. 13, will round out the three Tahitian wildcards as the nation’s sole competitor amongst the world’s elite. Into his second year on the ASP World Tour, Bourez will look to improve upon last year’s disappointing result at home.

“Last year, I lost really fast at this event and I was so disappointed because it was my first time in the main event here in Tahiti,” Bourez said. “I hope we are going to have some waves this year so I can make a better result. I’ve pretty much qualified for the World Tour through the rest of the year. I know that a few guys will leave us after Teahupo’o so this contest means a lot to those guys. I just wish my best luck to everyone and I hope the conditions will be great for the event.”

The major storyline threading its way through the upcoming Billabong Pro Tahiti is the mid-year field reduction of the ASP Top 45 to 34 (Top 32 finishers plus two wildcards) following the battle at Teahupo’o.

Tanner Gudauskas (USA), 22, 2010 ASP World Tour rookie and current ASP World No. 33, will look for a major result at the infamous lefthander to keep his Dream Tour hopes alive, but the young Californian retains a positive outlook when facing the challenge.

“Rookie for life,” Gudauskas said. “I am a grommet at heart. Rookie year has been a blast and I have learned as quickly as I could. I have had a couple of heats that felt really close after I lost and a couple where I needed to go back to the drawing board for another perspective. Mother Nature will ultimately be the biggest opponent in Tahiti. I have been feeling really happy looking towards Teahupo’o and can’t wait to sit in the channel and harness the vibe before heats.”

Gudauskas will face fellow rookie Matt Wilkinson (AUS), 21, and Fredrick Patacchia (HAW), 28, in Round 1 of the Billabong Pro Tahiti.

A full breakdown of ASP World Title Rankings possibilities for the Billabong Pro Tahiti are available at ASPWorldTour.com

The waiting period for the Billabong Pro Tahiti will begin Monday, August 23 and run through September 3, 2010.

Surfline, official forecasters for the Billabong Pro Tahiti, are calling for a slow start to the contest waiting period with a very modest mix of southwest swells providing contestable, but small scale, surf on Monday and Tuesday.

The Billabong Pro Tahiti will be webcast LIVE via http://www.billabongpro.com/tahiti10/ 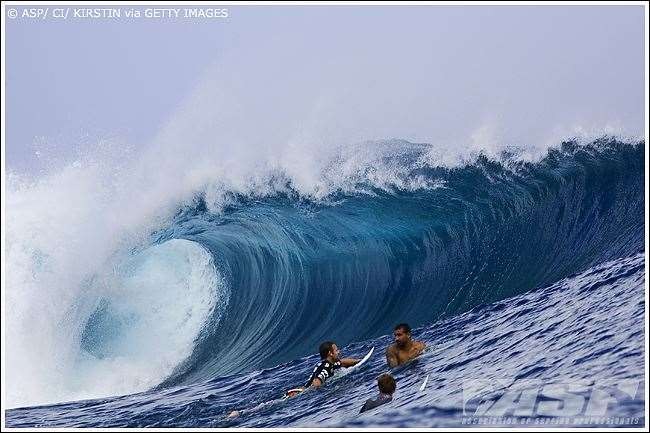