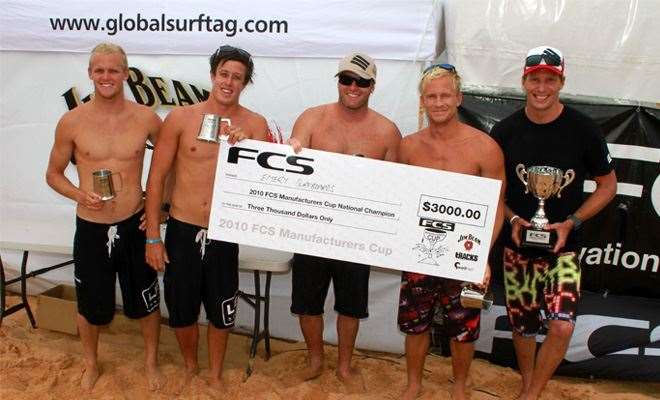 Emery Surfboards from QLD have been crowned Australia’s champion surfboard manufacturing team after a convincing win in the final of the FCS Manufacturers Cup, held this weekend at North Narrabeen Beach.

The action kicked off with two semi finals featuring teams form the state qualifying rounds. From the outset it was Emery Surfboards who looked like the team to beat. World Tour surfer Adam Melling, top junior surfers Stu Kennedy & James Wood, along with former WQS campaigner Sunny Russel, produced some outstanding surfing which sent a clear message to the opposition. 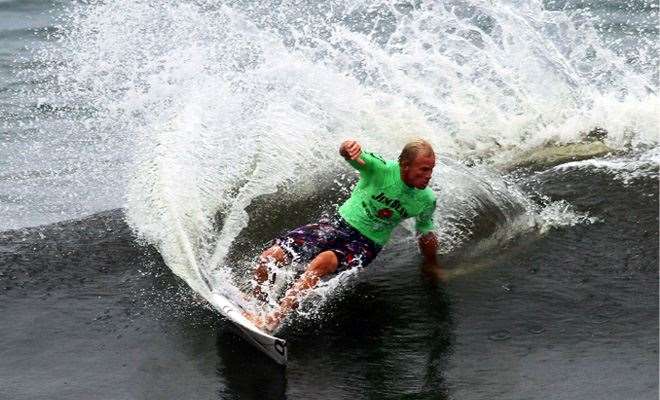 The final was a one sided affair as the surfers representing Emery continued their winning rampage posting a solid heat score of 74.19 to defeat Stacey Surfboards (64.28), Warner Surfboards (61.09) and Shaping Co (51.71).

“The waves were really fun for the final and my team was psyched to get out there. We managed to pick off a couple of the better waves on offer and secure some good scores”, said Team Captain and Surfboard Shaper Al Emery after the win. “It feels great to come away with a win. We had such a fun time and the atmosphere was great. Can’t wait till next year”.

Former ASP World Tour surfer and FCS Brand Ambassador Richie Lovett was equally impressed with the winning team. “The team from Emery Surfboards put on a world class display of surfing. Adam Melling showed why he is now on the ASP tour, and Stu and Woody also showed why they are among the best juniors in Australia. The team not only surfed really well but they competed well, and that’s important in a tag team event”.

The standard of surfing on the final day was of the highest caliber with many of the country’s top professionals, along with the shapers and surfers who actually make the boards, proving that the Australian surfboard industry is truly rich with talent.

Richie further commented, “On behalf of FCS I’d like to thank all the surfboard manufacturers who competed throughout the series. Surfboard manufacturers are the lifeline of the surfing industry and FCS is honored to host an event that provides a platform for these companies to compete, have fun and win a stack of cash and prizes. We look forward to putting on a bigger and better event next year”.

The FCS Manufacturers Cup is proudly supported by Jim Beam, Tracks and Swellnet.

For more information check out http://blog.surffcs.com/manufacturerscup