It’s been a long time since we’ve witnessed an Aussie breeze through the ‘qs ranks at seventeen. Taj was eighteen when he first made the grade. Joel was nineteen. Mick twenty. Ethan Ewing, however, is seventeen-years-old, and although this year’s qualifying series still has a number of cards left to play, the kid from North Stradbroke Island is sitting second on the ratings and looks increasingly capable of making the leap to the big leagues.

Not that qualifying young comes with any assurances of greatness. In fact, who’s to say it isn’t sometimes detrimental? Kanoa Igarashi is hardly setting the world on fire this year. Filipe Toledo struggled in his first two seasons on tour. Yet it does have a way of capturing our attention, seeing someone so young step into the realm of world titles and champions, and Ethan Ewing’s rise from relative obscurity to a runner-up finish at the US Open is not going unnoticed. 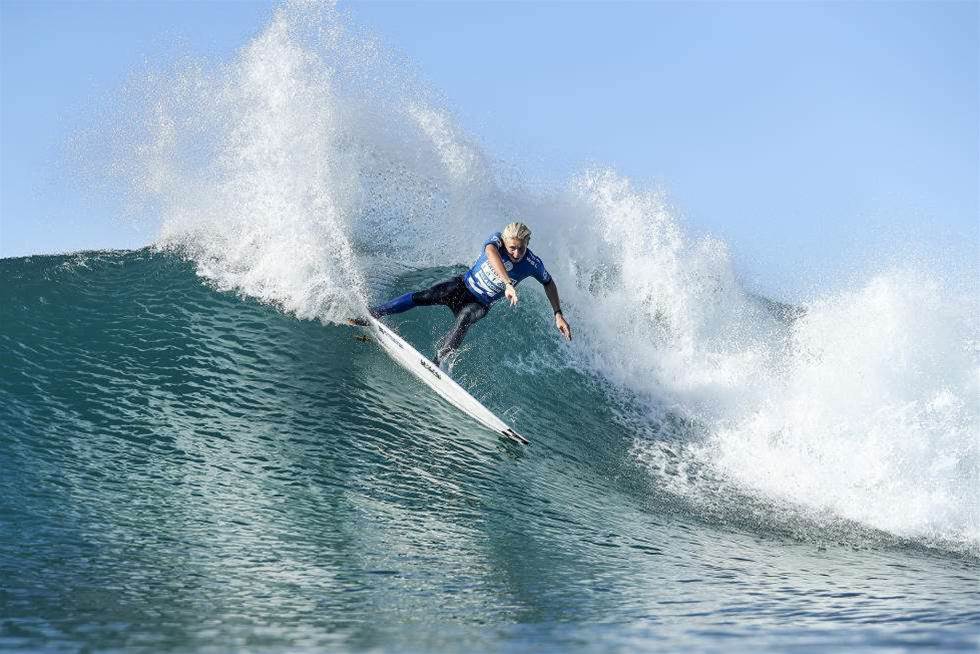 Ethan, on his way to a quarter final finish at the Ballito Pro. Photo: WSL/Cestari

It started with four wins on the trot on the 2016 Australasian Junior Series. Then there were back-to-back finals on the Australian leg of the ‘qs, including a win at Burleigh. A quarter-final finish at the QS10,000 Ballito Pro in South Africa suddenly had him inside the top ten. And now, after last week’s devastating run through the heavily stacked draw at Huntington which culminated in a podium finish behind Filipe Toledo, the kid has moved into second and is the highest ranked Aussie on the ‘qs.

‘He’s got world title written all over him,’ says Bede Durbidge, who’s been watching Ethan develop from a young age over on North Straddy. ‘He’s so good. Just his technique—it’s perfect, you can’t fault it.’ 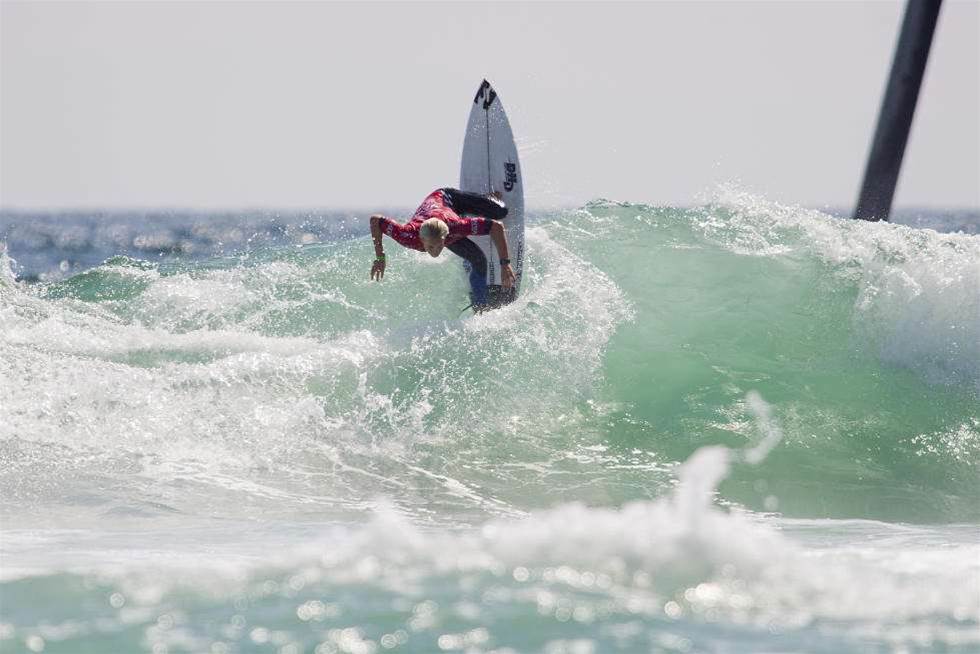 Ethan knows what time it is … 12 O'Clock of course. Photo: WSL/Morris

And it’s this last point Bede makes as much as any world title claims that’s worth noting. See, the thing about this youngster that’s really getting people’s attention is not so much his age or the fact he’s landing big results, but the way in which he’s doing it. In an era where every talented kid under twenty has an arsenal of above-the-lip trickery a mile wide and will pull airs out all too predictably, Ethan’s approaching the waves in a different way. He’s relying on style, flow and solid fundamentals to get the judge’s attention, and it’s not only working, but is incredibly refreshing. It’s the kind of approach that’s earned the silky natural-footer comparisons to some of modern surfing’s greatest—names like Andy Irons, Taj Burrow, and Mick Fanning. And while it’s going to take a lot more than just comparisons and compliments to project Ethan Ewing up into that lofty echelon, the fact that at seventeen he’s doing what he’s doing, and doing it with style, is a good indication he’s headed in the right direction.