Event No. 6 of 10 on the 2009 ASP World Tour, the Hurley Pro Trestles enjoyed rippable swell at the start of the waiting period before enduring three consecutive lay days to culminate in today’s marathon of barrier-breaking action. With mind-blowing surfing going down from Round 4 through the Finals in clean two-to-three foot (1 metre) surf at Lower Trestles, it was the lightning-fast Australian who turned up the juice against Reynolds to claim his first-ever ASP Dream Tour win in California. 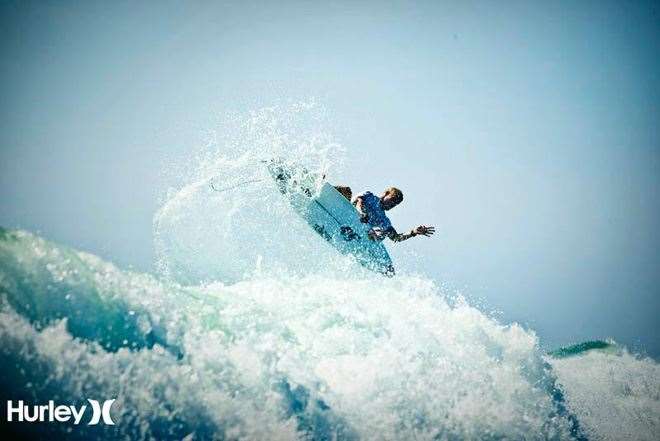 “I’m overwhelmed,” Fanning said. “I’d like to congratulate Hurley and a huge thank you to them. I’d like to congratulate Dane (Reynolds) too. The sort of thing that he did, he’s only the start of what we’ll see in the next few years, so thanks for inspiring all of us. The conditions this week been very difficult, but that’s surfing. You’ve got to surf in all kinds of stuff, you can’t sit there and imagine one perfect wave at Trestles.”

In addition to racking up US$105,000 for today’s efforts, Fanning’s win rockets him from 7th to 2nd on the ASP World Tour ratings, bringing him right back in the hunt for the 2009 ASP World Title.

“If you win an event you’ve got to beat everyone,” Fanning said. “It’s not just Kelly (Slater) I beat, you’ve got to get through everyone. That was just part of the path. Kelly’s amazing, but I’m just stoked to have a Final with Dane. The win doesn’t really change my approach to the title. I was sitting in seventh before this event and I was looking to climb up the ratings. I wasn’t really that happy where I was. I did some work and if it does happen again this year it’s going to be pretty big. I guess it’s more about building momentum again this year and getting the hunger back.”

Despite falling short in the Final, Reynolds was a regular standout at the Hurley Pro Trestles, posting the top two single-wave scores of the event (a 9.70 and a 9.67) with his futuristic blend of progressive surfing.

“It was a good time,” Reynolds said. “You can’t win the first one (Final), can you? I got an I.V. before the Final. I was cramping up really bad. I’m not used to surfing this much in one day. Sometimes I surf this much, but not this many heats and it’s different when you’re not milking every section. Trestles is almost like a skate park. It’s just soft enough to where you can push it around, but it’s pushy enough to where you don’t have to work too hard. Unfortunately this event wasn’t great, but it turned on for the last day and it had some good moments.” 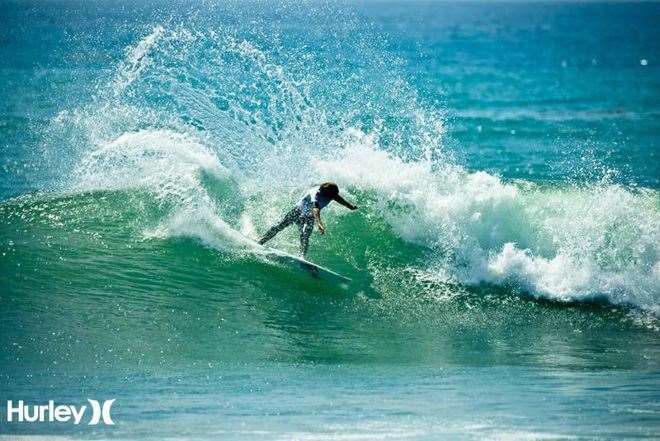 “I was starting to feel pretty discouraged because I had three 17ths in a row,” Reynolds said. “That beats you down a bit and it feels good to make some heats. I enjoy competing and today was a fun day.”

Bede Durbidge (AUS), 26, former event winner (2006) and current ASP World No. 7, was in sterling form all event, taking out Kai Otton (AUS), 29, and Adriano de Souza (BRA), 22, in the Quarterfinals and Semifinals respectively, before falling to a rampaging Reynolds in one of the standout clashes of the event.

“I was feeling good but I probably came up against the hardest competitor at the moment,” Durbidge said. “Dane (Reynolds) can get a score out of nothing and he’s starting to show his full potential now and it’s really scary. Still through, 3rd place is great confidence going in to the European leg. It’s a turning point in my year to get a 3rd here. Hopefully I can take the momentum over to Europe and come out Top 5.”

The race for the 2009 ASP World Title has been shaken up a bit after the Hurley Pro Trestles, with current frontrunner Joel Parkinson (AUS), 28, bowing out in Round 3, opening the door for challengers to gain some ground. Formerly boasting a 1,404 point lead over former ASP World No. 2, C.J. Hobgood (USA), 30, Parkinson’s lead has now been cut to 936 points ahead of Gold Coast stablemate Fanning.

“I didn’t go out there with any sort of game plan,” Slater said. “I was just trying to feel it out and I kind of read it wrong. The heat before, they had a lot of waves, and I didn’t think priority was really going to matter, but a lot of times, you have priority and there’s pressure to take that first one (wave), and it’s bumpy and the second or third one is real glassy. That happened in Dane’s heat and he got those real good ones, but that’s just the way it goes. I wasn’t really feeling it today anyway. Someday you feel it and you’re on and sometimes not. I kind of struggled through my first couple of heats anyhow.”

Slater, who wore the heavy public expectation of hunting down his 10th ASP World Title in 2009, started the season uncharacteristically with three consecutive 17ths. The Floridian then rallied with a win in Brazil before netting a 9th in South Africa, and although today’s Equal 3rd place finish at the Hurley Pro Trestles moves him from 8th to 6th on the 2009 ASP World Tour ratings, Slater was guarded when discussing the remainder of the year.

Highlights from the Hurley Pro Trestles are available via www.hurley.com/hurleypro/