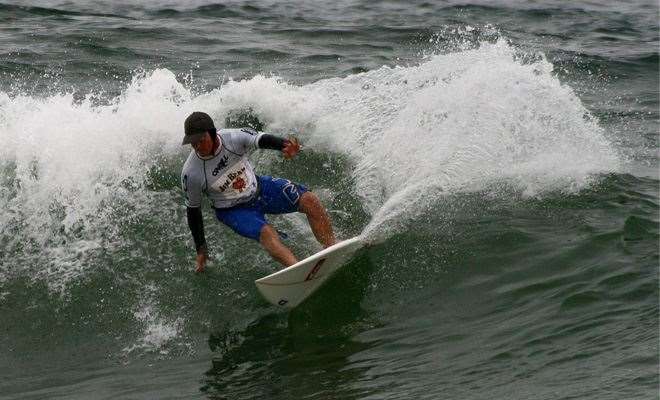 They used to call him the Terminator on tour – Dave Macualy has still got it.

The second state qualifying event of the FCS Manufactures Cup has been won by the defending state and national champions, The Murriginals. In lumpy 1 to 2 meter waves at Yallingup in WA, the ever consistent team including former world #2 Dave McCauley and local standout David Delroy-Carr looked unstoppable, producing a convincing win over Nathan Rose and Katana Surfboards.

This was the second time the state qualifying event has been held in Western Australia. “The Murriginals are certainly laying down the gauntlet. They’ve sent a clear message to the rest of the country about their intensions of winning back-to-back Manufacturers Cup titles. They must be odds on favorites after this performance” – Richie Lovett, FCS Brand Ambassador.

Today’s victory will see the WA standouts heading to the East Coast of Oz to compete in the National Final against Cory Surfboards (VIC State winners), and also the top three teams from the Queensland and New South Wales state qualifying events.

The showdown is set to take place on Saturday, 13th February at Sydney’s North Narrabeen Beach. With former, current & future professional surfing stars, world class shapers and work colleagues all lining up for a chance to take home bragging rights and the $3000 first place cheque.

The next state qualifying event in the series will be held in Queensland at Duranbah on Friday, 15th January 2010. Teams set to compete in the event include JS, Super Surfboards, Shaping Co, Stuart Surfboards, JR, Pro Workshop, Glass Lab, Venom and Emery Surfboards.

The FCS Manufacturers Cup is proudly supported by Jim Beam, Tracks and Swellnet.