Fertile Ground For A Rebel Tour?

It has been a weird start to 2018 for the WSL. In February, the Mayor of Honolulu rejected the WSL’s permit request after being strong-armed by newly minted CEO, Sophie Goldshmidt. Subsequently, the Pipe Masters was dropped from the 2019 schedule. Meanwhile, Cloudbreak, one of the premier events on the calendar, had already been axed. Despite Outerknown signing a three-year deal to sponsor the event in 2017, financial support from the Fijian government was withdrawn and the WSL were unable to foot the remaining bill. Completing the triple blow to the tour’s credibility was the omission of Trestles. A high-performance, Californian cauldron, Trestles was scrapped after Hurley signalled it would not be renewing its licence. Again, without a major sponsor it forced the WSL to remove the event from the calendar.

Last week the WSL had to bomb the village to save it when they cancelled the Margaret River Pro due to “shark and safety concerns” following two separate attacks in Gracetown. The event was bankrolled by Tourism WA, and despite assurances by the Tourism Minister, Paul Papalia, they would increase the number of vessels and aerial patrols safeguarding surfers, the WSL made the executive decision to implement the early exit strategy. It’s unlikely Margaret River will return to the calendar in 2019 as the fall out continues and politicians from both parties speak of the irreversible damage the WSL’s decision will have on tourism in the area.

No doubt the legal ramifications (such as a class action lawsuit on behalf of the surfers) should a shark attack happen on the WSL’s watch, played heavily on CEO Goldschmidt’s mind. The ultimate decision reportedly came from the top of the organisation. Dirk Ziff, the billionaire bankrolling pro surfing, would likely have sought legal counsel about the hypothetical scenarios posed by another WSL shark incident. Whether it was the right decision or not we’ll never know. What is clear is that the WSL machine has morphed into a corporate entity and one void of lifelong surfers at the top of the totem pole.

I’m not implying this is all Sophie Goldschmidt and Dirk Ziff’s fault. Without them, pro surfing as we know it would have self-combusted post GFC as brands that supported the tour began haemorrhaging money.

However, the tour in its current incarnation feels tired and is rapidly running out of steam. The WSL is still trying with all its might to attract mainstream audiences in landlocked regions around the globe. A TV deal with a major network is still the Holy Grail to give the organisation validation and generate a hefty payday for its stakeholders. But after WA, the WSL has set a dangerous precedent when it comes to holding events when the threat of a shark attack is ever-present. Think J-Bay, Hawaii and the Gold Coast where sightings and encounters are commonplace.

Whether they admit it or not wave pools are a tempting solution. Perhaps a final roll of the dice was the WSL’s decision to purchase a majority stake in the Kelly Slater Wave Pool Company last year. Despite CEO Goldschmidt assuring fans that pro surfing would always have its primary focus on the ocean, it was a partnership too good to be true. Now they have the option to schedule an event without any doubts surrounding optimum conditions or the threat of predators lurking below.

Ironically the next event being heavily promoted in the aftermath of the Aussie leg is The Founders Cup. It features surfers competing for their country, a precursor to a possible Olympic Games format in the future. Held in landlocked Lemoore, California it will have a stadium like atmosphere, with tickets on sale (ranging from US$99 – US$499), with live music and events over the two-day competition. 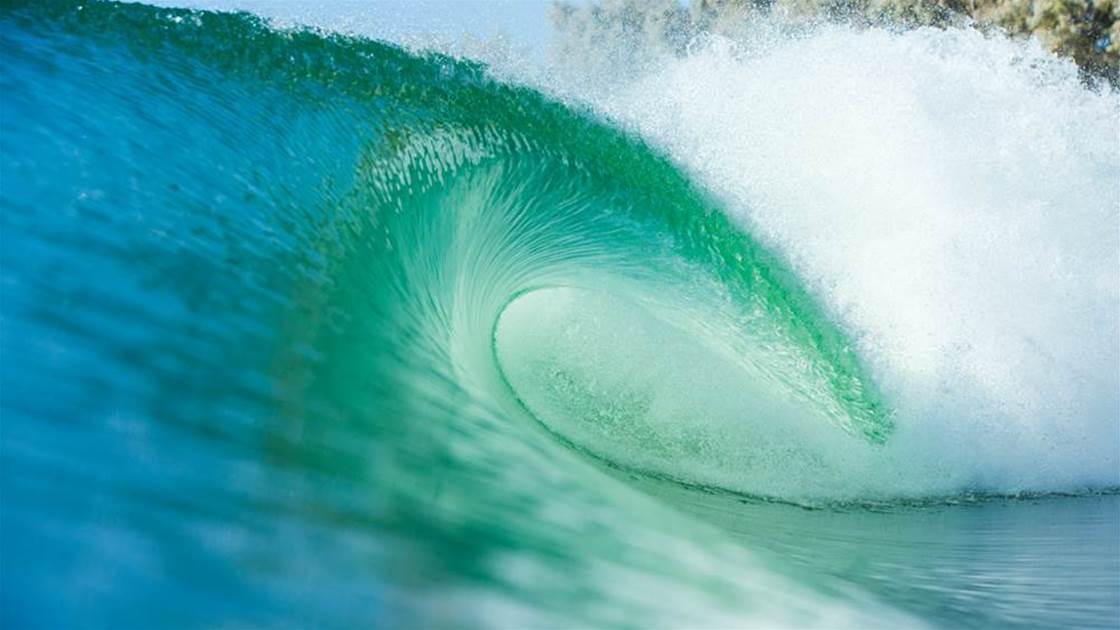 We'd all love to surf the wave pool in Lemoore, California, but how many contests could we watch in the pond? Photo:Todd Glaser

So, what’s it going to take to turn the WSL bus around? A breakaway tour may be the answer. One that is the exact opposite of the current WSL structure that attracts the best surfers in the world with a huge prize purse. It could reinvent the idea of competitive surfing and simultaneously appeal to the core and the mainstream.

Look at the success of Red Bull’s Cape Fear event. The battle royale tube duel is a prime example of what can happen when great minds come together to elevate the sport. The unique contest was the brainchild of one of the wave’s pioneers, Mark Mathews, who, with the backing of Red Bull’s deep pockets, ensured the prize purse would attract the best surfers in the world.

Not only that, it was a wrap in 48 hours and featured only 20 surfers. Heats were 40-minutes and employed an overlapping heat format with only first and second place surfers progressing through the draw.

The WSL has binding contracts with all their surfers, which means that if you’re on the CT you can’t surf in any non-sanctioned WSL event. A rebel tour would need to start with the best surfers in the world who are not currently pursuing any WSL events.

Optimum event locations and shorter windows are also essential to ensure the success of any tour, rebel or otherwise. Think G-Land, HTs, Cloudbreak is a must, and that famous right in Tahiti that Shane Dorian hucked himself into in 2014. Head back to WA for North Point, do Pipeline in February and keep the season short. As we have seen at the Volcom Pipe Pro (presented in partnership with Red Bull), an entertaining, alternative commentary team does exist.

Holding events in the beach breaks of Rio, France and Portugal won’t attract eyeballs. The WSL CT model is broken and in dire need of reinvention. Should the WSL hitch their cart entirely to wave pools they can kiss goodbye to their core. It all seems like fertile ground for a rebel tour. Perhaps a proven player, one who has produced action sports in the past, will enter the fold and turn the WSL model on its head. Or maybe the WSL will feel the heat and summon the strength for its own reinvention; transporting us all to a new pro-surfing frontier where we are all happy to say, ‘I like to watch.’

Let’s hope somebody makes a move.

The post Fertile Ground For A Rebel Tour? appeared first on Tracks Magazine.