After what felt like a year’s worth of lay-days, yesterday dawned to some pretty fine-looking six-footers rolling down the reef at Cloudbreak. Gabs Medina kicked things off in the first heat and man, isn’t the guy an animal? So busy. So competitive. I swear he’d beat his kid sister with a shoe if there was some kind of trophy to be won from of it. Poor old Matty Banting might as well have slept in because he didn’t even get a sniff. Gabs spent half the heat getting barrelled and the other half laying rail or throwing ridiculous alley-oops. By the time the hooter went it was a bloodbath, with Banting well and truly comboed and the young Brazilian looking like he’s going to be hard to beat.

The next couple of heats were non-events, as competitors struggled to find position in the shifty line-up. The only real points of interest were Dusty getting the wood on Toledo and Ross’s overuse of the term ‘crafty’, which is definitely his word at the moment.

Heat 4 pitted Jordy against Slater and after so much wim hof and philosophical post-heat pondering, the eleven-time world champ finally found himself as he went to town on the long barrelling lefts, showing way too much experience for Jordy. It was the best Kelly’s looked this year by a long shot, and if he can keep it up, he might even decide to ditch all that wave pool shit and rediscover his love of creaming his opposition.

‘Obviously you’d rather be winning a lot, winning all the time,’ he told Rosy of his recent foray into the loser’s circle. 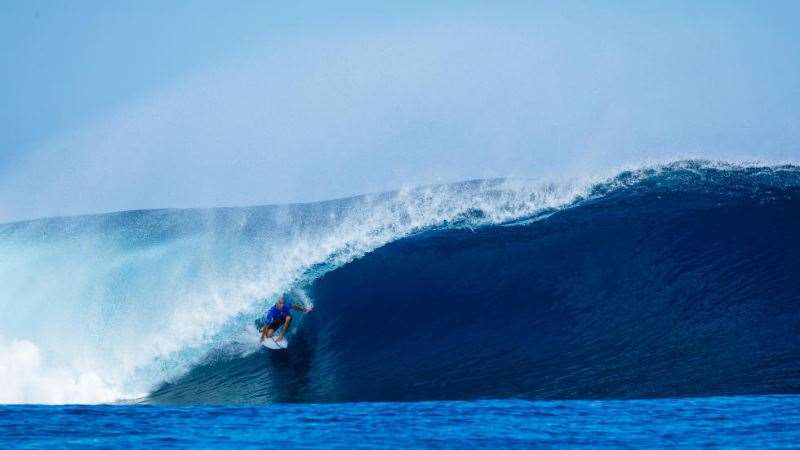 In the heats that followed, Connor out-surfed Wiggolly and then threw it away at the end with a sloppy interference, ADS was too good for Keanu, and Jadson finally got one up on his good mate Italo after losing to him at pretty much every event last year.

Jeremy vs. Kerrsy lived up to expectations as the waves started to turn it up a notch and the two went barrel for barrel. The difference in the end, though, came down to the fact that Kerrsy stayed busier and lucked into slightly better waves. Jeremy had a last-ditch attempt to reel him in but for all his fine tube-riding abilities the wave didn’t deliver and the guy was left in the channel with a haircut that doesn’t suit him and another 17th.

Mick was too classy for Melling, all clean lines and trademark carves, plus a long barrel for an 8.33. It’s amazing how comfortable he looks at solid Cloudbreak these days, and if conditions persist and he can stay off the piss back at Namotu, he could find himself on the podium again.

Taj. John John. The heat of the year, plain and simple. Read about it here, and do yourselves a favour and go watch or re-watch it on the heat analyser, you won’t be disappointed.

After the spectacle that was Taj vs. John John, it was going to be hard for the final two heats to compare—and they didn’t, but there were still some moments. Ace left it until the latter part of the heat to get his run going, but even as the wind got up he still managed to find a couple of handy tubes and a win over the man with the most improved smile on tour, Miggy Pupo.

Then, in the final heat of the day, Ace’s good buddy and current ratings leader Matty Wilko hit the water against Alejo Muniz and once again looked weighed down by the yellow jersey. Alejo got an early lead with a barrel-to-turn combo for a 6.67, while after a week of lay-days Wilko seemed to have forgotten how to ride the tube altogether as he fell inside consecutive pits. Some dodgy decisions by Alejo gave Wilko a chance towards the back end of the heat and he capitalised, sinking the rail into a wally one for a 5.43. 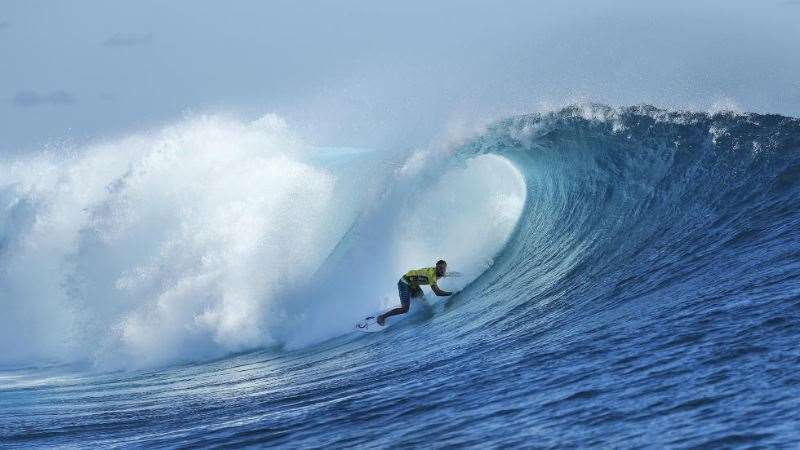 He then shut the door completely at the end when he finally remembered how to come out of a tube and was rewarded with an 8.5 and the heat win. Still, he looks like a different animal to the one that took out the first two events of the year, so hopefully he can reconnect with his inner mongrel and get things back on track because watching the guy win is way more fun than watching him lose.

The forecast looks good for the next few days and a champ will probably be crowned in that time, so keep your eyes posted.