filipe toledo joel parkinson jordy smith mick fanning News rip curl pro wsl zee lau
You had to feel for Ace Buchan. While he was still wiping the sleet from his eyes on Easter Monday, Filipe Toledo was ascending into the heavens and spinning like a kid on a sugar high after too many chocolate eggs.

Toledo’s early morning mania earned a 9.77 from a panel of judges who are notorious for their reluctance to throw down big on the first wave of the day.

Riding a new 5’11 step up ( he’s normally on a 5’9”) he got for his birthday yesterday, Toledo unleashed a sublime blend of rail and aerial surfing. In small clean Bells there are very few on tour who can match him for variety of maneuvers. Thanks to Fil’, Bells, the traditional home of the big rail turn, is being rebranded as an air surfer’s playground. 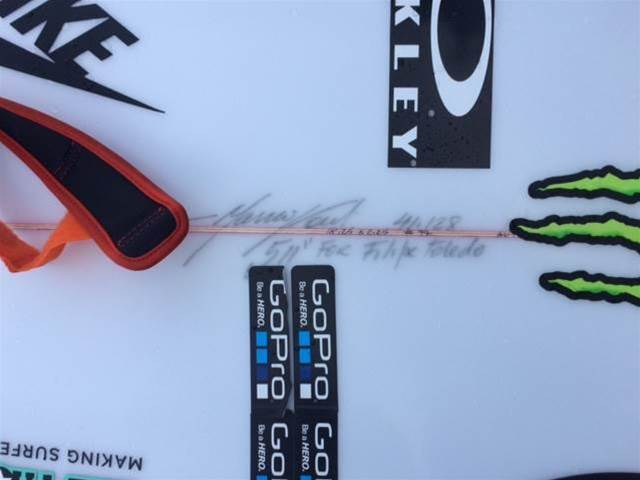 Asked after the heat if he felt that Bells was good for airs he answered in the affirmative, but with qualifiers.

“Yes it is, when it’s small. You just come surfing from the top and come pumping, pumping, pumping and once you get in the bowl there’s a perfect little section for the airs. That’s pretty much what I did on my first wave.”

While it has been entertaining, Toledo’s altitude advantage may be somewhat nullified if the final rounds run in significantly bigger, lumpier conditions.

Once the bowl hits a certain size those crumbly launch pads morph into growling foam caps and projecting can be both difficult and dangerous.

Those little forecast arrows are all pointing towards Wednesday’s prophesized swell. Some models are suggesting the period gets up to 19 seconds and while the winds may not be perfect, most locals are suggesting that Bells will be big.

One person happy about the possibility of solid waves is Joel Parkinson. Asked if he was inspired by the forecast Joel was instantly animated.

“So much. I’m so pumped to have that… Good Bells is amazing…and if we get good Bells…”

Joel was direct without being cocky when asked if sizey conditions would deliver him an advantage.
“Yeah, especially if there’s offshores. I guess I’ve surfed it a few times like that and if it’s windy you’ve really got to stick in to the face of the wave. A lot of it’s timing and rhythm. I mean anyone could be lethal but the only benefit for me is that I’ve surfed it like that before.”

There was an obvious hunger about Joel’s performance against Connor O’leary. He hunted down the first wave from deep, clung desperately to de-stabilizing turns and also scored big under priority. After the heat he affirmed that he has rediscovered the passion for competition.

“I’m motivated for every event and every heat … I care for the result, where in the past here I’ve walked up the stairs here once or twice – especially last year – where I felt like I lost and I didn’t really give a shit, which is not a good place to be in on tour, but this year I would have hated to have lost.

Parko’s wet-rail carve in the bowl remains one of the most divine turns in surfing. There was an aesthetically pleasing, syrupy quality to his whole performance and as the stat-briefed commentators continue to tell us he has the highest winning percentage of any surfer at Bells. If Joel can keep caring and the swell builds for finals day then there is a good chance he can equal Kelly Slater, Mick Fanning and Mark Richards with four Bells.

Another obvious standout from the back end of round three was Jordy Smith. Jordy blasted his way to the second-highest heat total of the round with 18.10. (Filipe was highest with 18.27). Jordy is another who should thrive in bigger conditions and is probably still smarting after he ran out of steam in the final against Wilko last year. On paper Jordy has the ideal combination of youth, power, form and experience. Of the surfers remaining in the event Owen Wright is his goofy foot equivalent. 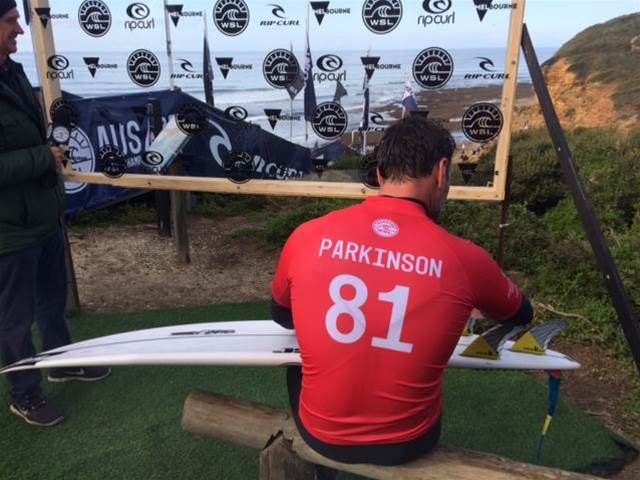 John John and Toledo will have to climb over the broad shoulders of Joel Parkinson if they want to ring the Bell.

Meanwhile Toledo and John John have their claws sharpened and their wings ready for lift-off­.  Mick and Parko are left standing at the Bells gate doing their best to keep them out. Bells with all its heritage does carry an important symbolism­ – if it does fall into the hands of one of the young fliers then it may feel like their claims to the modern era are complete.

There are sleeper contenders not mentioned. Adriano has rung the bell before and cares about the trophy more than just about any surfer. Zeke Lau has the right brand of surfing to get the job done, but this is the first event he’s ever surfed here. Seabass perhaps has just enough firepower and the right devil-may-care attitude to pull it off.

Hopefully on finals day we see big, steam-rolling swells with canvasses that stretch the length of the horizon. Love it or hate it that kind of Bells is still one of pro surfing’s ultimate tests.