For most of us, living in a surf community that’s been rocked by a fatal shark attack is something we can’t relate to and will hopefully never have to. But for surfers from that little tucked-away stretch of coast that runs from Kingscliff to Cabarita on the New South Wales Tweed Coast, it’s a reality they’re just now having to come to terms with. This follows the death of 60-year-old Palm Beach surfer Rob Pedretti after he was attacked by a great white at Salt Beach, just south of Kingscliff, on Sunday.

Kingscliff lifeguard and sometimes QS competitor, Mitch James, says the mood around his hometown is slow and sombre. Yesterday was a public holiday – ordinarily a bustling day for the picturesque little town a stone’s throw from the sprawl of the Goldy – but with the beaches closed and the heavy dread of an all too random death in the air, he said it was a ghost town along the beach.

‘Everyone is pretty rattled about the whole event,’ Mitch says. ‘Everyone I’ve spoken to is keeping out of the water for a while.’

Mitch himself plans to have a bit of time out while the whole thing settles. He admits it’s hard not to let something so close to home affect your psychology.

‘It definitely puts things into perspective that we use the ocean and there is always a possibility of there being a shark,’ he says. ‘It will always be playing in the back of my mind, that’s for sure.’ 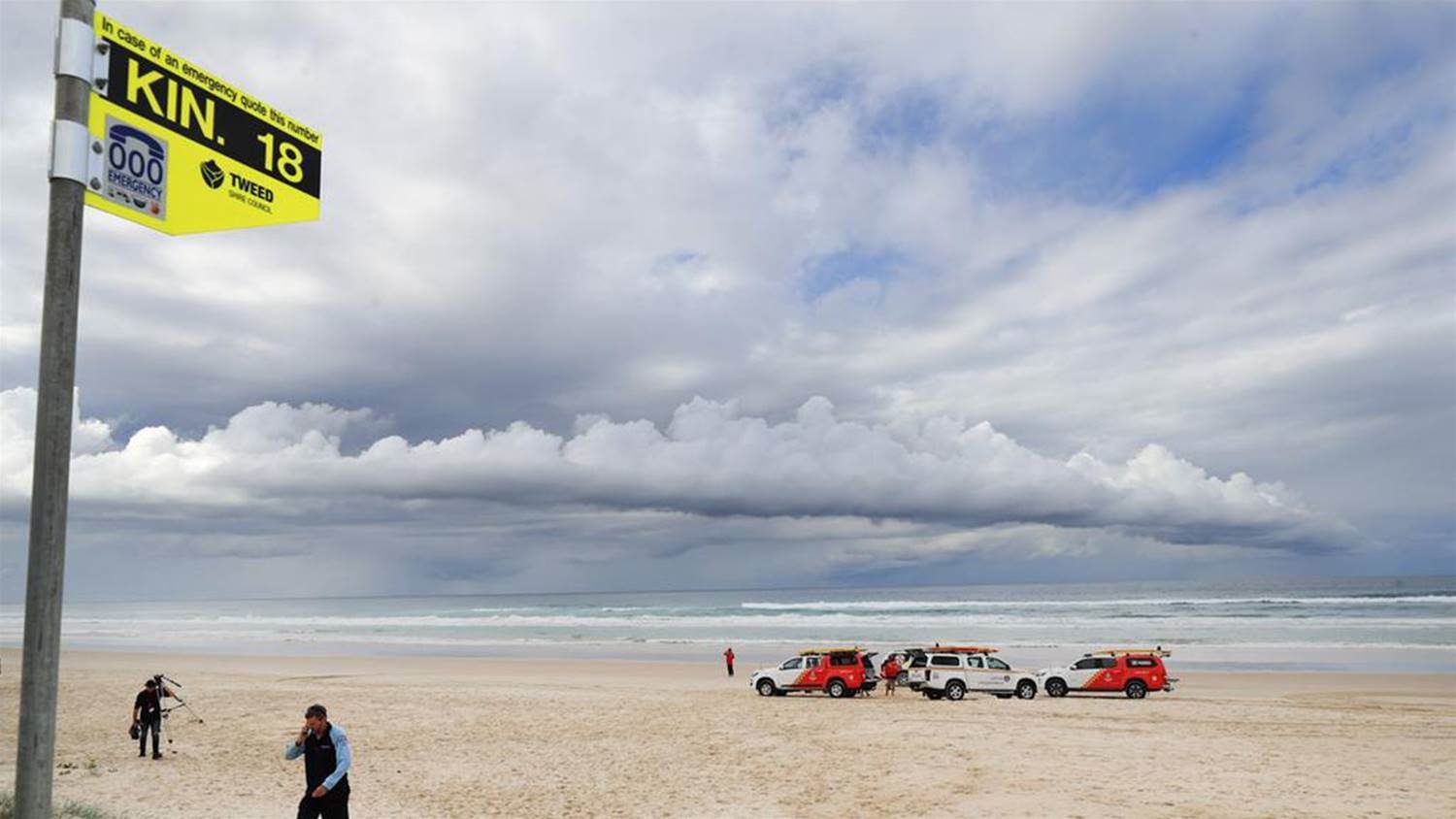 The scene of yesterday's tragedy.

Fellow Kingscliff surfer Brad ‘Bean’ King had been surfing the same spot Rob Pedretti was attacked at a lot in recent weeks, sometimes even solo. He says it’s one of those things – scary, but ultimately, tragically, unlucky.

‘Everyone’s a bit freaked out but everyone I’ve spoken to has said we all know the sharks are always out there,’ Bean says.

He’s not going to let it stop him from getting back in the water, but the immediate fear will probably linger for a while.

‘It will be in the back of my mind and I will freak out if I see shadows below me,’ Bean says. ‘It makes you double think about going out solo.’

The attack on the weekend is the first fatal attack in NSW since 2015, when Japanese surfer Tadashi Nakahara died at Shelly Beach in Ballina, an hour south of Kingscliff.