Mick Fanning’s Advice On How To Comeback From Injury

injury recovery mick fanning mikey wright News nick vasicek snapper rocks surfing and injuries surfing injuries wade carmichael
Pre-lockdown we saw the footage of Mick Fanning scoring throughout Cyclone Gretel’s extended run on the Gold Coast. You’ll remember that last winter he tore his anterior cruciate ligament (ACL) surfing in South Africa. The ACL is the fibre that connects the thighbone to the shinbone and helps stabilise the knee joint. It’s probably the most severe knee injury you can get.
In the new footage Mick was rusty, sure, but each day you could see the trademark speed and style returning. So how did he do it? And what can we learn from his recovery process? We sat down with Mick and went through his tips for coming back from serious injury.
Listen To The Experts
Listen to your body for sure, but listen to the doctors and physios more. They are the experts, they know more than you, that’s why you pay’em. If you follow their advice to the letter, you’ll be back in the water way quicker than following your own hunches.
On Knee Braces
At first, I started surfing without a brace but I found myself nursing it too much and felt I was going to re-injure myself. So I put on the Pod Active K8 brace and it gave me the confidence to push a little harder in the water. It is feeling pretty solid now, but I still gotta lot work to do. It’s a personal decision, but I think the confidence gained from the support can help. 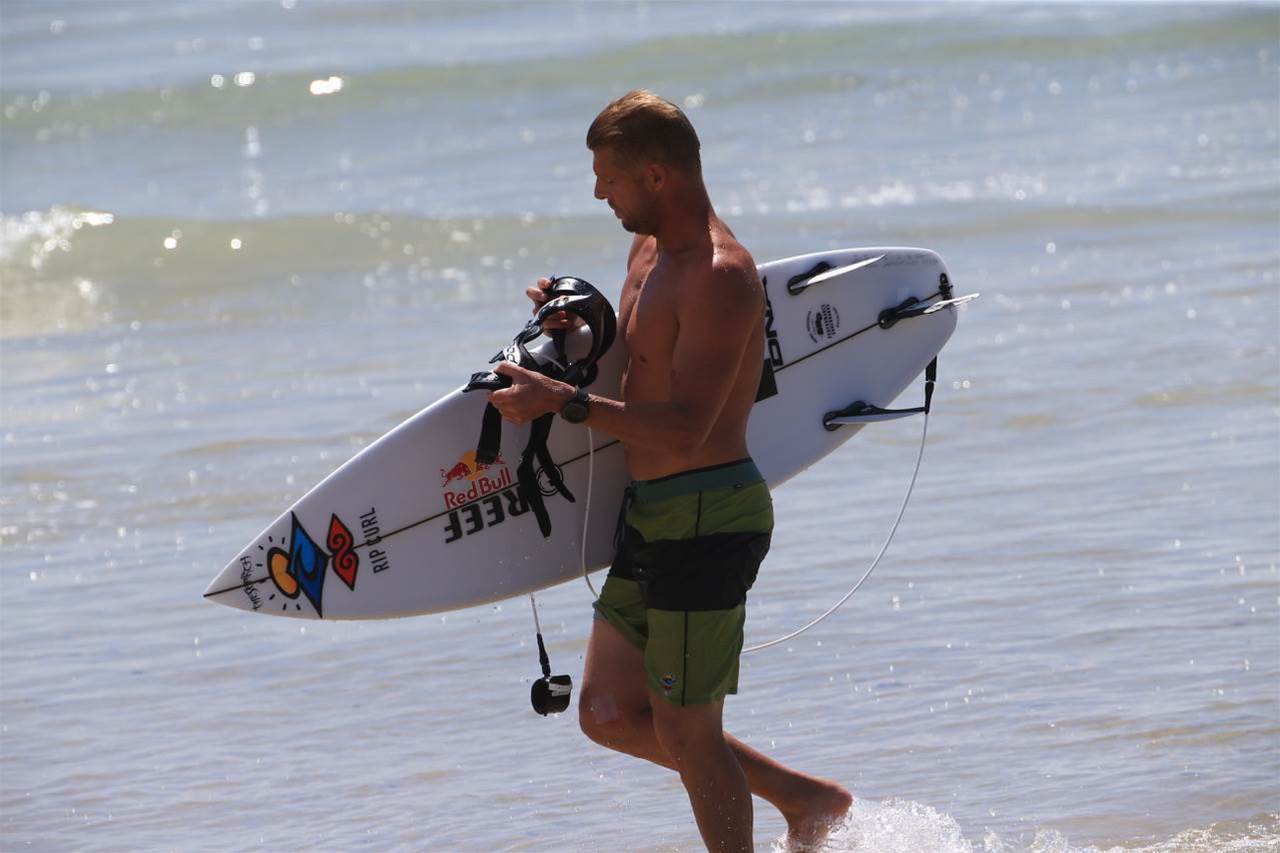 Fanning was a fan of the knee brace during his recovery from an ACL injury. Photo: Swilly
Get The Rest Of The Body In Shape
Before the knee blowout I had 12 months of constant travelling and pushing myself as I wanted to do everything. I got lazy with my body as you do when you are on the road and because I wasn’t competing. With the knee injury I had time to concentrate on straightening out the kinks and getting my body flowing again. Apart from the knee, I’m as fit as I have ever been.
It’s All About Setting Goals
Each week I referred back to where I started in the week to try to improve on a baseline by 5 to 10%. Then I set goals like being able to ride a bike or conquering an exercise. The key is to take note of your milestones as you can easily forget how much progress you have made. You can head down a dark path if you think you aren’t getting anywhere.

Initially, my goal was just to get outside once a day for breakfast or lunch. Then when rehab started, it was about doing something to improve the injury each day. When I had done the work, I could then enjoy the downtime. Having that structure helped.
Too Much Too Soon
Pushing it too early is actually worse. I was guilty of overdoing it early when I did my hamstring and that actually cost me time early on. Extra reps or more hours aren’t always going to be better for recovery. Same with that first step back in the water. You’re frothing to surf, but leaving it till the right time is crucial. Lucky my time coincided with that swell last week.

The post Mick Fanning’s Advice On How To Comeback From Injury appeared first on Tracks Magazine.