Surf and Tinder in Punta Hermosa

The town of Punta Hermosa is located about an hour south of Lima and is probably the least picturesque surf town on the face of the planet. It’s surrounded by desolate dirt hills spotted with aging telecommunications infrastructure. Most of the roads in town are also dirt, and the buildings are in various stages of completion or disrepair. Over summer, it becomes a bustling holiday town filled with Lima’s upper and middle-class residents, but during the winter, it has an eerie ghost town feel. The ocean is another matter entirely; it has a pure, bluish-green hue and is visibly alive with sea life and birds. There are several near-shore islands with spectacular plunging cliffs.

The surf camp I’m staying at isn’t particularly clean, and there is a resident dog and two resident cats that are alternately annoying or amusing. The kitchen has a clingy unpleasant smell and would fail any basic test for hygiene. The main wall in the downstairs entertainment area is lovingly adorned with a large framed picture of Bob Marley. Viewed from a certain angle it has a shrine-like quality to it.

The surf has been average so far. Punta Hermosa faces directly into the predominant southwest swell direction, so it’s very exposed. Over the winter, it’s plagued by light to moderate onshore winds, meaning conditions are often lumpy and broken up. There are some excellent reef set-ups around town, but these would need a properly lined up swell to really fire.

Friday rolls around, and I’m considering heading into Lima for a night out. Unfortunately, my jet lag is still with me, a few good night’s sleep would probably be the best option. I quietly log into Tinder and begin swiping away. Within 30 minutes, I match with several local women. Some of them are very attractive which makes a nice change from my efforts back in Australia. My jet lag is quickly forgotten, and I’m soon checking accommodation options and making plans for a weekend in Lima.

I catch public transport into Lima and check into a hotel early the following afternoon. My first Tinder catch up isn’t until 4pm, so I spend some time watching football on TV. There is a text message from Mariela. Something has come up and she wants to meet an hour later. I try not to worry. I deliberately left a four-hour buffer between meetings so this shouldn’t be a problem. Unfortunately, she is further delayed by Lima’s chaotic traffic. We meet just off the main park in the centre of Miraflores. She has classic South American good looks and a mischievous smile that is immediately engaging. She guides me to a nearby bar and we order a Pisco sour each.

The conversation goes well. She is a lawyer at a large Insurance company and really loves her job. She deals mostly with Europeans and Americans and appears to have a mild fascination with my Australian accent. Soon more elaborate Pisco cocktails are ordered. Mariela tells me more about Peru and her upbringing. Our knees brush under the table. She touches my arm to apologise and that mischievous smile makes another appearance. I realise I have a growing obsession with the way she absently brushes her fringe away from her eyes.

It’s already 7:30, and I’m supposed to be catching up with Ariane in half an hour and haven’t yet confirmed a meeting place. I briefly consider trying to cancel but concede that I’ve left it too late. I fire off some sneaky text messages to try to buy myself some time, but my head is full of Pisco and isn’t handling the multitasking very well. The banter with Mariela continues and she thoughtfully invites me to her friend’s birthday. At about the same moment I receive a message back from Ariane asking me to meet her at another bar. I tell Mariela some shameless half-truths to cover my departure, but leave open the possibility of catching up later.

I arrive at my next meeting 10 minutes late, feeling decidedly rushed. Ariane appears a little shy when we meet. Actually, that’s probably an understatement. She is as stiff as a board and wears a dour disapproving expression almost all of the time. Aside from that, she is tall and actually quite attractive. I attempt a few phrases of poorly articulated Spanish to lighten the mood. The new bar is very busy, and Ariane suggests we head to another place that should have more room. I hesitantly agree knowing that if we happen to bump into my recent companion, things could get very awkward.

We exchange small talk as we wander into the night. Ariane is another translator and is fluent in no less than five languages. She does mainly freelance work for the various consulates scattered around inner Lima. I’m doing my best to keep the conversation rolling when I glance up and notice we are making our way back towards the establishment of my previous meeting… I can’t believe it… we are heading straight back into the last bar.

Despite my moderate drunkenness, I feel a rising panic as we walk in. It’s been barely 15 minutes since I had left the exact same place arm in arm with another woman. The surprised looks I get from the waiting staff are nothing short of priceless. I do my best to ignore my own embarrassment and remain casual, but I’m worried someone is going to say something. One of the girls behind the bar looks completely outraged. If she makes my next drink, it’s going to come with a saliva mixer.

Ironically, we end up sitting in almost exactly the same seats. Thankfully, our waiter is a guy and appears to see the funny side of the situation. He presents our drinks menus and gives me a knowing grin. I quickly glance at Ariane who miraculously appears not to have noticed. More than a little rattled, I struggle to remain engaged in the discussion. Thankfully more Piscos arrive.

The next couple of minutes is hard work, and is punctuated with one or two long and uncomfortable silences. Keeping the conversation going is like dragging a corpse upstream against a slow-moving current. I make a guilty trip to the Gents to message Mariela and let her know I want to catch up again later. About the time our second Pisco arrives we discover we are both recently separated. The mood lightens and the conversation becomes far more interesting. I take a few moments to marvel at how easily the human spirit bonds over shared resentment.

My meeting with Ariane ends as I see her safely into a taxi before finding one for myself. A few minutes later I’m holding hands with Mariela and greeting her companions in broken Spanish. She asks me if I enjoyed catching up with my friends from the hostel. “What?” I stammer in confusion… “Oh right… yeah, it was good”. More drinks are ordered. The club is full of enthusiastic Peruvians Salsa dancing to booming music, and it’s hard not to get caught up in the party atmosphere. I spend the next hour sipping a Pisco mix and chatting with Mariela, while gazing into her eyes at the same time. She is wearing tight pants much like the Latina exchange student from high school. It’s like all my inappropriate boyhood dreams are coming true.

The evening continues and four local guys approach. I am introduced and do my best to handle the greeting in Spanish. One or two within the group barely manage to hide their contempt. The conversation is then directed at Mariela and I am excluded. There is some fairly clear anti-Gringo sentiment in the air, and Mariela appears to be quite defensive with a number of her responses. Eventually they lose interest and drift away. I get the translation once they have wandered out of hearing range. Evidently one of the lads within the group had shown interest earlier in the evening, and they had come over to try to convince her to ‘ditch the Gringo’ and come out clubbing with them.

I can feel my anger rising. That was a devious ploy, and my inability to step into the conversation only added to my frustration. In Australia, we are not generally multilingual, nor do we have eons of culture stretching back into the mists of time. But we are virtual world leaders in unpredictable and unnecessary alcohol-fuelled violence. I glance over at the scarf-wearing Euro wannabes and feel a few sly one punch attacks could be in order, but I settle on some unsteady glares instead.

We go to another bar with a few of Mariela’s girlfriends. It’s getting late and the place has that chaotic last drinks kind of feel. People stumble around bumping into one another before making loud unsteady apologies. The lights come on to the boos of raucous patrons and the bar staff start herding people out towards the street. We make our way to the nearest taxi rank, and I start leading Mariela in a different direction, which she finds hilarious. She makes it clear she has to go home with her friends. I suggest hopefully, that if I am forced to return to my hotel room by myself, I will be cold and lonely. I get one last lovely smile, and we share one last lingering kiss, then she disappears into a cab with her friends.

I weigh my options, which in this case is easy. I basically have no money left, so I have no options. I glance towards the street, and someone opens a cab door from the inside and empties the contents of their stomach onto the road. It’s a clear sign to call it a night. 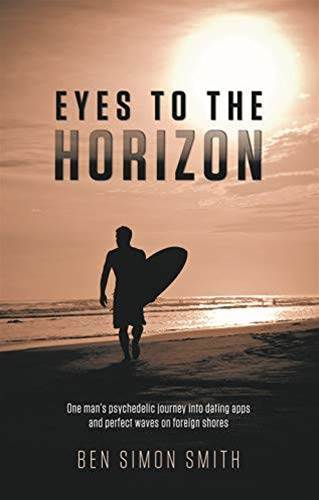 The post Surf and Tinder in Punta Hermosa appeared first on Tracks Magazine.