big waves gold coast News surf travel surfing toby mossop
Toby Mossop is a 20-year-old Burleigh Heads local who first hit the headlines with one of the best waves of the 2019 Oma swell. In the year since Mossop has been making a name for himself with a mix of big wave bravado, huge airs and no small amount of style. His latest edit, Planned Obsolescence, was filmed in Indo, Hawaii and Tasmania, in between him doing his day job working at the Vissla Warehouse. We caught up with Toby to discuss the clip and his plans to give up the day job.
Tracks: Hey Toby, looks like 2019 was a big year.
Toby: Yeah, I did a lot of hunting. I work at the Vissla warehouse and they were great when I was chasing a swell and were really lenient. I went to Indo a bunch and Hawaii and made it down to Shippies.
<iframe width=”560″ height=”315″ src=”https://www.youtube.com/embed/SzT85rz__UQ” frameborder=”0″ allow=”accelerometer; autoplay; encrypted-media; gyroscope; picture-in-picture” allowfullscreen></iframe>
Was that your first time to Tassie?
I went to Shipsterns last year for the first time in October or so. I’d met a few of the boys who surf there and hiked in two days in a row and surfed all day. The boys ended up giving me a few whip ins. I’d never towed before or surfed waves like that, but I was psyched to go back.
Not the ideal place to learn to tow?
Aha, yeah for sure. I went back in February and this time got the boat in and it was one of the best experiences of my life. I was trying my best to look comfortable, but the footage that didn’t make the clip is me just getting more licked, letting go of the rope and eating shit. And that step is so unique. You let go of the rope and all you are thinking about is the step, that’s it.
You seem to love the slabs though, where does that come from?
Growing up in Burleigh I got a feel for the smaller barrels and as I got older on the bigger swells everyone would go to Kirra and write Burleigh off. I’d always paddle on the bigger days, often having solo sessions and I just fizzed on it. Those cyclone swells are so rare and I’d paddle out at dark. When the waves are big and good, I just froth so hard and because we don’t get those swells very often I had to travel to get my fix.
Did you surf competitively as a junior?
I competed a little. I started in Burleigh Board Riders, then did some junior events. But I was always shit in comps, I’d always go for a big punt and had no strategy. Later I tried a few QS events in Indo at the good waves, but the cost of even doing those added up. So last year I just decided to chase waves with the money I save on competition fees. 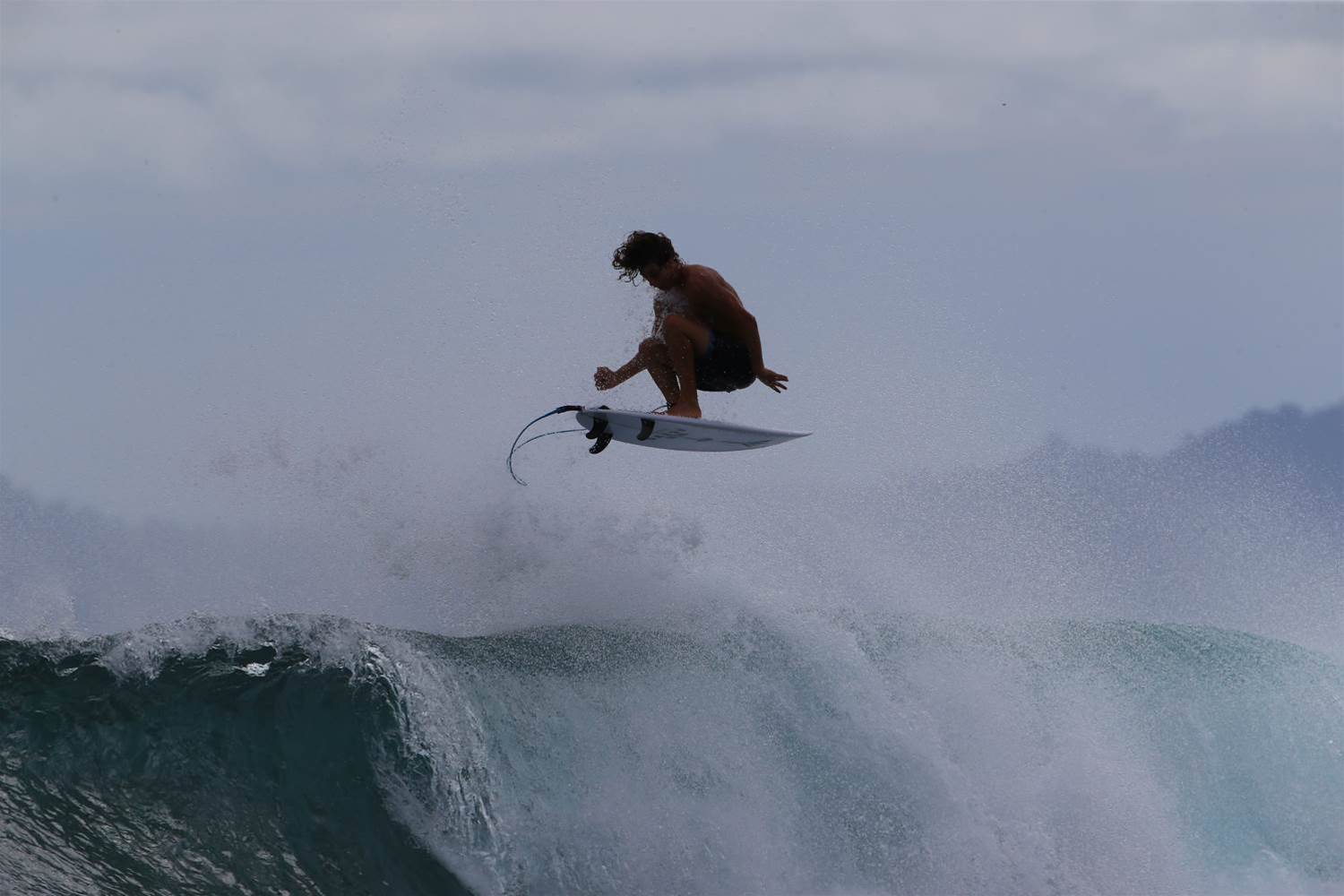 Toby mid-spin on a pop-shove-it attempt, on a Tracks trip to Indo last year.
And the result, Planned Obsolescence, where’d the name come from?
Last year in Hawaii Noa Mizuno took me to an artist’s house and he had an old sticker with Planned Obsolescence on it. He explained that it basically means “made to fail” and is inbuilt in manufacturing as the new models get better and replace the old ones. I’m hoping that’s what happens with the clip and that the next one will be better. But look, I had no other ideas, and it was a cool story, so I just ran with it.